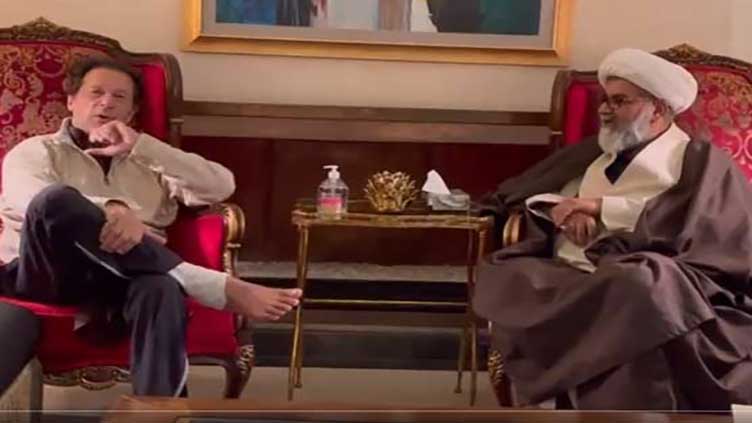 A high-level delegation from Majlis Wahdatul Muslimeen (MWM) under the leadership of Chief Allama Raja Nasir Abbas visited former Prime Minister Imran Khan. During the meeting, the political situation, cooperation between the two parties and matters of mutual interest were discussed in detail.

Noting that the country suffers from the most complex political and economic challenges, Allama Raja Nasir Abbas said that the "actual freedom" narrative has extraordinary acceptance across all schools of thought.

Allama Raja Nasir Abbas, who stressed the need for early, fair and transparent polls, said that the MWM fully supports the PTI chief’s narrative and will support the leadership in every phase of the political struggle.

Meanwhile, Imran Khan said he values the political cooperation of the MWM, adding that the participation of the MWM workers and leaders in the ‘actual freedom’ march in Rawalpindi is commendable.

Underlining the importance of the ruler and the law, the former prime minister said: “The supremacy of the constitution and the law is an essential component for the sustainable foundations of the country’s development.

Imran urged people of all schools of thought to play a part in the movement to lead Pakistan on the path of constitution and law.