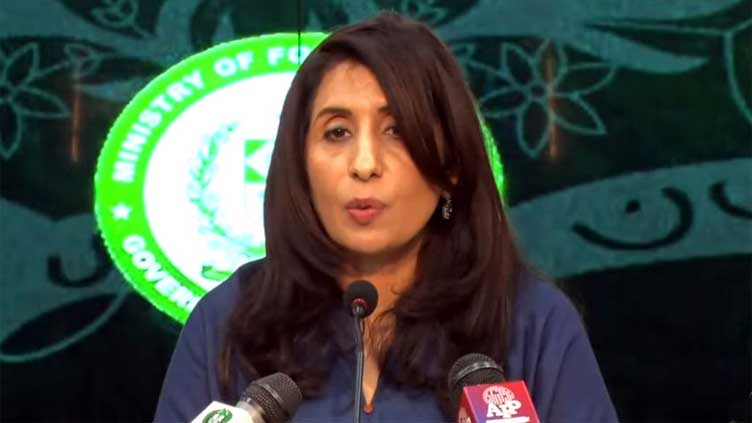 ISLAMABAD (Dunya News) - Pakistan expressed grave concern over the confirmation of the BJP leadership’s direct involvement in anti-Muslim violence during the horrific Gujarat riots of 2002 that led to the killing of over two thousand Muslims.

Pakistan also urged India to immediately constitute an independent commission of inquiry to bring the culprits of the horrific Godhra incident, as well as the Gujarat riots, to justice.

"The recent statement by the former Chief Minister of Gujarat, Shankersinh Vaghela, has confirmed Pakistan’s long-standing assertion that the BJP led government under the incumbent Prime Minister — who was the Chief Minister of Gujarat at the time of anti-Muslim riots in Godhra — was directly responsible for fomenting violence and massacre of Muslims," the Foreign Office Spokesperson said in a press release.

This has been further corroborated indirectly by the Indian Home Minister, who recently claimed that those responsible for Gujarat riots had been "taught a lesson" and "permanent peace" had been established in Gujarat by the BJP’s decisive actions.

Pakistan also stressed upon upon the international community, particularly human rights activists and defenders to take serious note of the aggravating situation of Islamophobia in India; and called on Indian government to ensure that the rights of minorities in India, especially Muslims, were safeguarded and their lives protected, it was added.
The spokesperson said, "It is most deplorable that the crimes against humanity, targeting Muslims, were perpetrated solely for BJP’s political gains. Regrettably, the BJP once again seeks to cash in on its divisive policies two decades after the Gujarat tragedy."

Under BJP rule, India’s treatment of its minorities, especially Indian Muslims, had been discriminatory, degrading, and full of hate and violence.

In June this year, the Supreme Court of India handed a clean chit to the current Prime Minister, the then CM of Gujarat, for his role in the 2002 Gujarat riots.
The Supreme Court shut down as many as 11 petitions, including one filed by the National Human Rights Commission (NHRC) of India, seeking an independent probe into the 2002 Gujarat riots cases.

"It is an undeniable fact that India’s incumbent Prime Minister had been banned from entering countries such as the United States till 2014, because of his abysmal human rights record as Chief Minister of the Gujarat state," the spokesperson said.

Sadly, the entire Indian legal and administrative machinery was blindly pursuing the Hindutva-driven agenda of the ruling BJP-RSS nexus, where perpetrators of hate and violence were protected by law and enjoyed exalted status, whereas religious minorities were constantly threatened and denied the freedom to practise their faith without fear, while their lives, property, and places of worship remained under threat of violation.