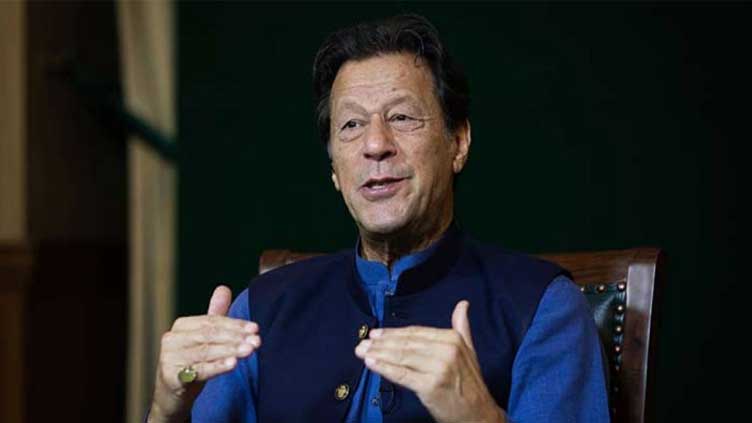 LAHORE (Dunya News) – Pakistan Tehreek-e-Insaf (PTI) Chairman and former prime minister Imran Khan on Friday said that his party will continue to mount pressure on the incumbent government till elections.

Lashing out at the incumbent government – rulers and allies – Imran Khan said that they [rulers] made the matter of the Army Chief as ‘controversial’. He questioned, "Can Shehbaz was capable of selecting the Army Chief", Imran added that Shehbaz Sharif  – before becoming premier – was about to be convicted. Berating the PML-N supremo and former prime minister, Nawaz Sharif, Imran said that he [Nawaz] is an absconder.

Continuing to take a swipe at the coalition government, the PTI chief said, "For seven months, we were subjected to the torture. If we are against some people, it doesn’t mean that we are opposing – any of the – entire institutions as ‘good and bad people’ exist in every segment. "In the same way, if I remove somebody with a bad reputation from the party, this will pave the way for the party to improve."

–Talks will held only on elections–

–Everything is going fine with Punjab CM Elahi–

The former premier [Imran] cleared the air about his affiliation with Punjab Chief Minister Pervaiz Elahi, saying that everything is fine with CM Elahi.

Talking about the visit – recently – of his sons to Pakistan, Imran Khan said that he spent quality time with the children. "My children arrived in Pakistan after three years – because of the COVID-19 pandemic. "Even with the cases against me, I was not inclined to invite them to the country," the former premier added.