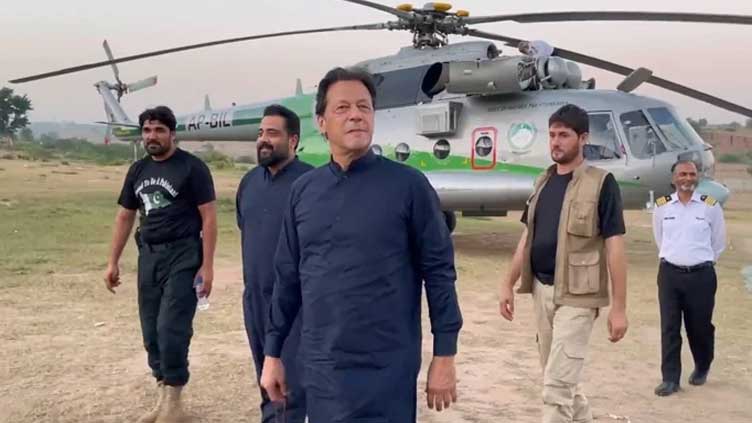 In a letter written by PTI’s leader Ali Nawaz Awan to Deputy Commissioner Islamabad, he sought permission for Imran Khan’s helicopter to land and take off at the Parade Ground on November 26 (tomorrow).

The letter penned by the PTI leadership stated that in case of any eventuality, the helicopter should be near the public gathering venue.

The administration has been requested to allow the landing and takeoff of the helicopter on November 26 from 11 a.m. to 5 p.m.

It is pertinent to mention here that PTI has announced a public gathering at Faizabad on November 26.

Earlier, PTI leader Asad Umar revealed that the administration of Islamabad has not granted permission for the landing of former premier Imran Khan’s helicopter at the Parade Ground on November 26.

Rana further said, “If you [Imran] wants to meet with Nawaz and PM Shehbaz, hopefully they would not refuse to meet you. if you need any sort of help in this regard, I will be there for you to help as I am your – political – opponent, not enemy.

Suggesting the PTI chief to come back and be a part of the parliament, Sanaullah said that if he [Imran] is looking for the elections date, so it is better for him to come and sit with the politicians as the decisions could change only when the politicians sit together.