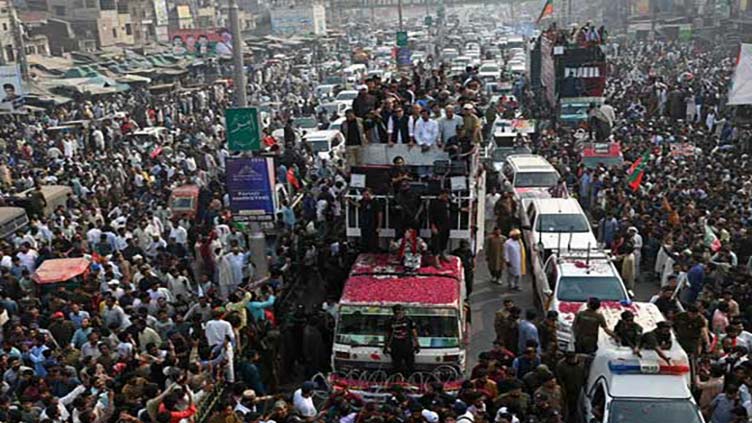 In the petition, it has been requested to allow the passing of the long march from Islamabad, while permission of using the helicopter at the Parade Ground – for landing and takeoff – was also sought. It was also requested to issue orders, regarding not harassing the workers.

It is pertinent to note that Chief Justice Aamer Farooq will hear the case.

On the other hand – in many instances –, the former premier [Imran Khan] said that the economic situation of the country is worsening, for which – the only solution to the problems [according to the PTI chief] – the commencement of transparent polls is crucial. Addressing a seminar in Karachi through video link on Tuesday, he said that the country’s situation was not good when his party came into power and the biggest his government faced was current account deficit.

He said no government in the past has focused on increasing exports and the situation would have worsened had the Saudi Arabia, China and United Arab Emirates did not help. “Coronavirus was the biggest crisis during PTI government’s tenure and I was facing alot of pressure to impose lockdown,” Imran Khan said adding that he was criticized for not imposing lockdown but the people would have died of hunger, if his government had imposed a lockdown.

He went on to say that no one knows where we would be standing in a month but according to the Gallup survey, 88 percent of Pakistan s direction is not correct, adding that the country will not be stable unless elections are held.

Earlier, [today] the district administration of Rawalpindi and law enforcing institutions have suggested to change the venue of Pakistan Tehreek-e-Insaf (PTI) sit-in.

As per sources, PTI wants to stage a sit-in near Faizabad, Rawalpindi administration and law enforcement agencies have proposed to bring the venue of PTI’s sit-in to Allama Iqbal Park. PTI Rawalpindi leaders sought more time to consult on the change of venue.

Meanwhile, security of sensitive buildings and Pakistan-England cricket series are likely to be affected due to PTI’s sit-in in Rawalpindi on November 26. Team England will reach Islamabad on November 26.

The sources also revealed that PTI Chairman Imran Khan will arrive in Rawalpindi by helicopter, security arrangements from helicopter to stage are also being reviewed. There are also very important installations near Faizabad in Rawalpindi, the Rawalpindi administration has informed the PTI leaders of all the concerns.