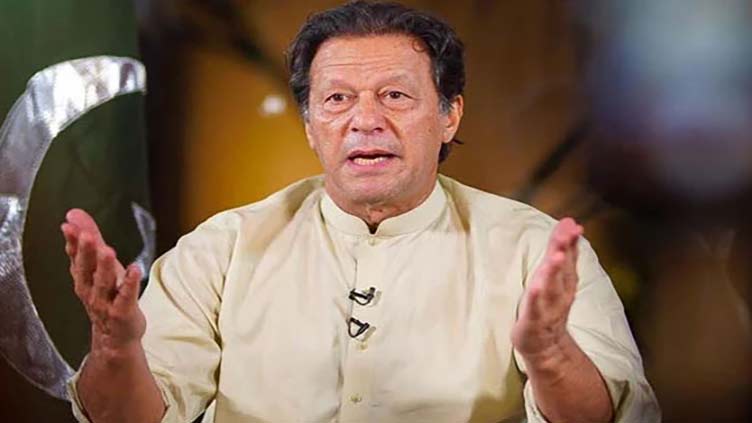 LAHORE - (Dunya News) Pakistan Tehreek-e-Insaf (PTI) Chairman and former prime minister Imran Khan on Thursday berated the incumbent government, saying that the rulers are nervous about the appointment of the Army Chief.

Speaking to a delegation of journalists at his residence in Zaman Park, the PTI chief said that there were differences with the establishment for not removing Usman Buzdar from the post of the Punjab chief minister, adding that the establishment and the government were on the same page on the matters of foreign policy. The PTI chief said that the differences occured after his [return] from Russia.

Talking about an assassination attempt on him in Wazirabad, Imran Khan stated that he was certain he was shot by a sniper, adding that there were multiple assailants. The former prime minister further said that the JIT has started an investigation into the matter, adding that Punjab CM Chaudhry Pervaiz Elahi is not responsible for the non-filing of an FIR.

Giving his take on the country’s economy, Imran said that the fear of Pakistan’s default increases because the economy cannot be put on the right track due to political instability, but the only entity on which Pakistan’s economy is heavily dependent is the Overseas Pakistanis.

On the other side, PTI chairman Imran Khan has appealed to his supporters – within the country and Overseas Pakistanis – to provide funds for his ‘Haqeeqi Azaadi’ movement.

In this regard, the former premier stressed the need for fundraising or collection of money to make movements like this – ‘Haqeeqi Azaadi’ – a success.