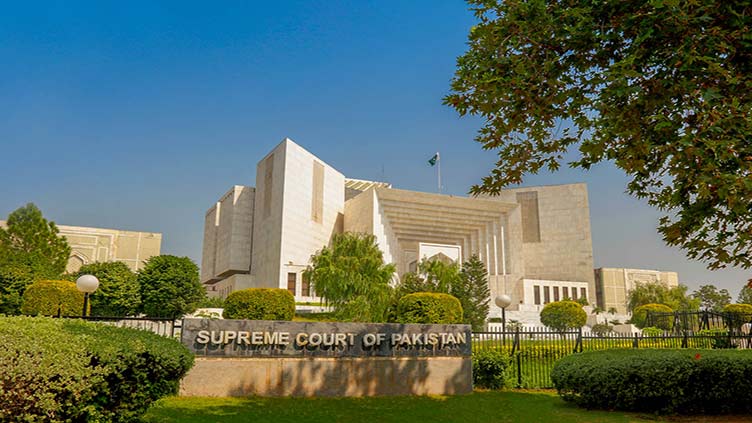 ISLAMABAD (Dunya News) – Supreme Court Justice Ijazul Ahsan on Monday said that the corruption could not be proven because of the complexity created in the cases’ trial due to the NAB amendments.

PTI lawyer Khawaja Haris, while giving his arguments over the contradiction of the NAB amendments with basic human rights, said, "When all of the NAB cases were sent to the accountability courts, many of the people were freed from all the charges."With the acquittal of the corrupt people, the basic human rights of the masses have been directly affected.".

"Seems like you come up with a new point in the case after every weekend," CJP Umar Ata Bandial observed.

Justice Mansoor Ali Shah questioned, "How are the basic human rights being violated with the NAB amendments? Could every other person move SC to say that the approved budget is not reasonable? "Will it be a violation of basic human rights if the FBR waives any individual’s tax?"

The PTI lawyer said, "With the existing NAB amendments, the corrupt employees are acquitted and relaxing in their houses."

Justice Mansoor Ali Shah remarked "Even there are people who are sitting in their houses by sabotaging the country’s constitution. Were any of the corrupt criminals found guilty acquitted as a result of the NAB amendments? How could basic human rights have been violated when it was not proven whether any of the individuals were corrupt or not after the trial?"

The SC has directed PTI lawyer Khawaja Haris to complete the arguments by November 17 and adjourned the hearing of the case till tomorrow.