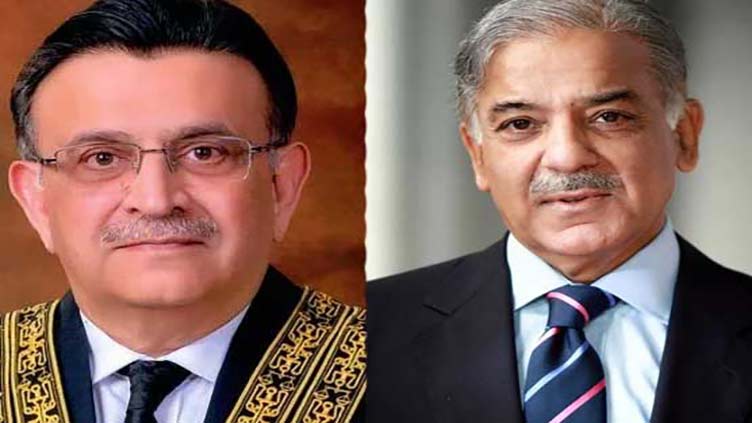 In a letter penned by PM Shehbaz over the incident of Arshad Sharif’s killing, he appealed to the CJP to form the commission which includes all the available judges of the apex court.

The PM added, “The commission could focus on the five questions – What ways did Arshad Sharif use to head abroad in August 2022? Who facilitated Arshad in his traveling to the foreign country? Is the federal or provincial agency or any of the institutions, or administration aware of death threats received by him [Arshad]?”

Another of the questions raised in the letter stated, “If Arshad Sharif had information about the death threat, then what steps were taken for the protection?”

PM Shehbaz further questioned, “What were the reasons and situations that made Arshad Sharif head to Kenya from the United Arab Emirates (UAE)? What was the reality behind the firing incident, which resulted in the death of Arshad Sharif?”

He also questioned, “Is the killing of Arshad Sharif a matter of mistaken identity or any criminal activity?”

The PM said, “In this regard, the federal government will extend full cooperation to the judicial commission. After the deplorable incident of Arshad Sharif’s assassination, the committee comprised of experienced officials was sent to Kenya. It is important to probe the contacts he had, prior to leaving Pakistan.”

“The federal government had formed a committee comprised of the Lahore High Court (LHC) retired judge. Arshad Sharif’s mother has also appealed to the apex court to form the judicial commission, which we completely backed,” stated the letter.

PM Shehbaz further wrote, “After the killing of Arshad Sharif, the federal government and state institutions were suspected. In order to restore public confidence in the federal government and state institutions, it is important to form the judicial commission. If the unbiased body will not probe the matter on time, then there is a fear of long-term consequences.”