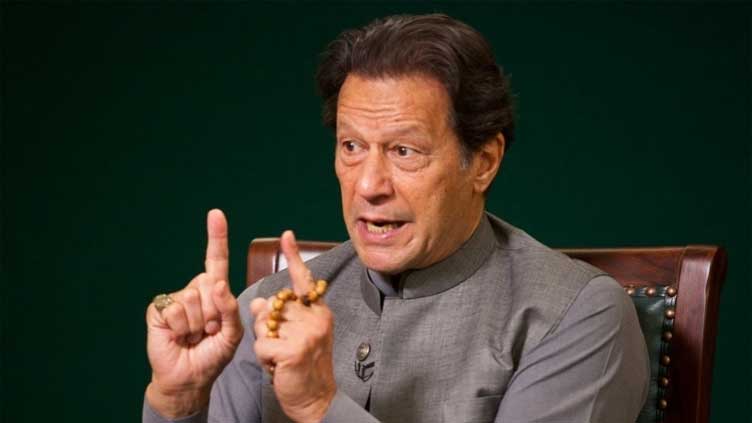 In an exclusive interview with CNN after his survival from an assassination attempt during the long march in Wazirabad, the PTI chief, while responding to a question regarding three nominated accused, said that a plot was made months ago to kill him by using religious extremism, adding that he already told the people that reason for execution in one of his addresses.

"Why is the matter being covered up after this attack? Why is there no independent investigation, three people, including Prime Minister Shahbaz Sharif, Interior Minister Rana Sanaullah, are involved in the attack," asked Imran.

The PTI chairman added that he has also appealed to the CJP Bandial to form a commission for inquiry, adding that if he is wrong, then the commission should prove him wrong. "I’m pretty sure I was attacked with planning," he added.

“Remember, three and a half years I was in power. I have connections with intelligence agencies, the different agencies that operate. How did I get the information? From within the intelligence agencies. Why? Because most people are appalled by what is going on in this country,” said Imran Khan.

When asked about suggestions from his critics that accusing the current government of perpetrating the attack would help Khan get back into office, he replied that he doesn’t “need any reason to accuse this government for me to get back into power,” adding that his Pakistan Tehreek-e-Insaf (PTI) party remains popular since his ousting in April.

Earlier, Imran Khan said that his party has nominated the accused persons in a gunfire attack, demanding to register the FIR against them.

Imran Khan held a meeting with the party leaders and legal team at Zaman Park, where a detailed review was done over the delay in filing an FIR of the Wazirabad incident. In the discussion, the orders given by the Supreme Court to the Punjab police for registering the FIR were also discussed.

The plaintiff, Zubair Khan Niazi told the meeting that the lawyers are sitting at the Wazirabad police station, but despite the SC’s order, no development took place, due to which, the application, in this regard, has been submitted online in the police complaint center.