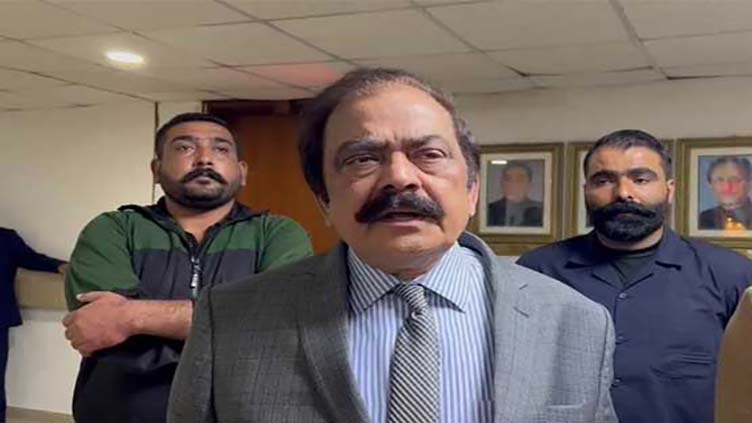 ISLAMABAD (Dunya News) – Interior Minister Rana Sanaullah on Wednesday labeled Pakistan Tehreek-e-Insaf (PTI) Chairman and former prime minister Imran Khan as a ‘political terrorist’, saying that the government will not negotiate with him.

Addressing the media, Rana Sanaullah lambasted the PTI chief and said that the talks could only be held with politicians but he [Imran] is not a political leader. “Whenever we give a call to Imran, he starts to hurl abuse”, he added.

Talking about the PTI chief’s long march, Rana said the court is currently hearing the matter of Imran Khan’s cavalcade entrance to Islamabad, adding that if he [Imran] manages to assure the High Court of reaching Islamabad peacefully, then he will be allowed to enter in the federal capital.

Expressing his views about the federal government’s decision to consult the media fraternity and other stakeholders over an approved amendment empowering the Federal Investigation Agency (FIA) to curb ‘social media rumour-mongering, Rana clarified that this bill was passed by the government and that discussion will be held over transferring powers to the FIA.

He said this bill will restrict freedom of expression, then the government will take back this amendment, adding that there are many things circulating on social media that affect people’s personal lives that have to be controlled