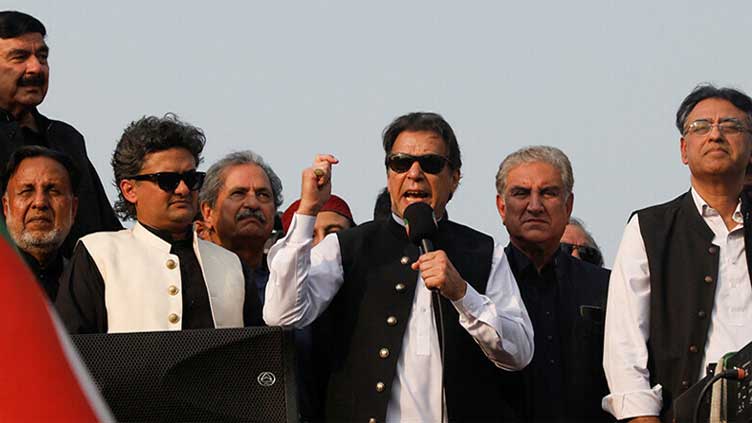 Taking to Twitter, the former PM penned that "For all those spreading rumours about my meeting in Lahore, the reason we returned back was that Lahore was closer & we had already decided not to move at night."

Imran Khan further said, "The only demand I have had for 6 months is a date for early, fair and free elections. That will be the ONLY demand if talks are to be held."

On day two of the Pakistan Tehreek-e-Insaf’s (PTI) "Haqeeqi Azadi March",  Imran Khan on Saturday asked the Chief Justice of Pakistan Umar Ata Bandial to protect the fundamental rights and also to take action against the "custodial torture" of PTI leader Azam Swati.

Imran Khan continued: "Today, chief justice, I am asking you to take action and listen to Azam Swati’s appeal. Show that we are a society of humans and not animals. There is justice in human society … It is our right that we are given justice."
A day earlier, former prime minister Imran Khan said that the government is surviving due to the support of the establishment.