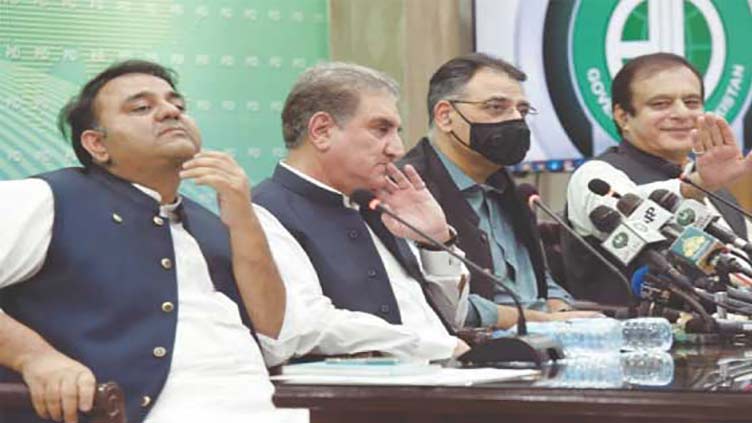 -Fawad Chaudhry-
Former federal minister and PTI leader Fawad Chaudhry lambasted Shehbaz Sharif and Hamza, saying that their acquittal [of Shehbaz Sharif and Hamza Shehbaz] after money laundering of Rs24 billion is the biggest slap on the judicial system. Taking a dig at the Prime Minister [Shehbaz Sharif] and the former Punjab chief minister [Hamza Shehbaz], Fawad said that on one hand they are asking for money for the flood-affected people and on the other hand a family has looted billions of rupees.

-Imran Ismail-
The former governor of Sindh, Imran Ismail said, "There can only be concern over the speedy acquittal of the Sharif family in various cases. Common prisoners should also have this facility. Both the families have dragged the country on the back foot.”

-Usman Dar-
PTI leader Usman Dar said, "The acquittal of Shehbaz Sharif and Hamza Shehbaz in an open and shut case like money laundering is not a breaking news. Imran Khan’s struggle is against the system where the institutions are being destroyed."

-Farrukh Habib-
Another PTI leader, Farrukh Habib, expressed his views and termed the acquittal as ‘NRO 2’. He said, “Shehbaz and Hamza, who looted Rs16billion in the name of employees of Ramzan Sugar Mills, have been acquitted in the case". Farrukh also asked the people to stand against the corrupt system.

Apart from this, Jamaat-e-Islami (JI) chief Siraj-ul-Haq also expressed reservations about the acquittal and said that the nation wants real accountability.