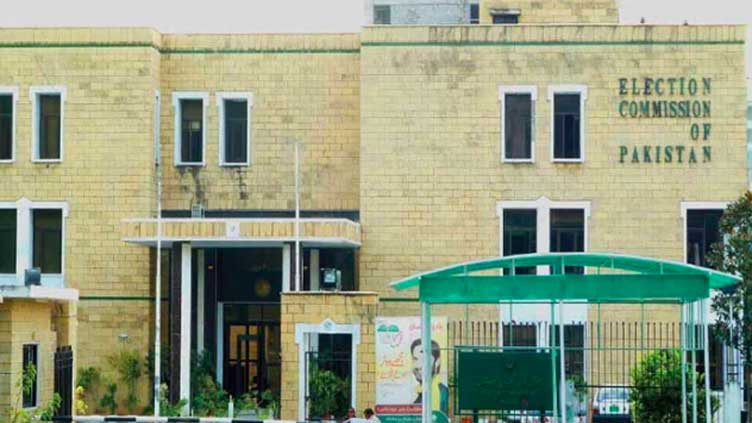 ISLAMABAD (Dunya News) – The Election Commission of Pakistan (ECP) on Tuesday quashed the federal government’s request to postpone the by-elections for 90 days ahead of the expected Pakistan Tehreek-e-Insaf (PTI) long march and said that by-elections will be held on Oct 16.

It is pertinent to mention that on Sunday, In its letter to the ECP, the interior  ministry mentioned that the "party" could "besiege" Islamabad between October 12-17, and the date coincides with October 16 on which the by-elections are scheduled to be held.

During the meeting, it was decided that the by-elections will be held as per schedule – on October 16 - while it has also been decided to postpone the election in Kurram’s NA-45 due to the law and order situation.

According to the Election Commission, local body elections in all districts of Karachi Division will also be held as per the schedule, which is October 23.

The letter to ECP further stated that "This would require the maximum deployment of all available troops to maintain peace in the capital city," the letter read.

The letter also cited the losses incurred and the rise in diseases following the recent catastrophic floods as the reason for the postponement of by-polls.

The ministry mentioned wrote that most resources have been diverted toward relief and rehabilitation efforts across flood-hit areas in the country; therefore, it would put immense strain on government agencies, including the Pakistan Army, Frontier Corps, Rangers, and other LEAs to utilise its resources and carry the extra work during election duties.

The ministry stated that if security personnel is not placed, it would raise questions on the credibility of the election as per the Constitution s Article 218 clause (3), which mandates the ECP "to organise and conduct the elections and to make such arrangements as are necessary to ensure that the elections are conducted honestly, justly, fairly, and in accordance with the law, and that corrupt practices are guarded against".

The ministry has, therefore, requested the ECP to further extend the date of by-elections for 90 days or as deemed fit by the Commission.