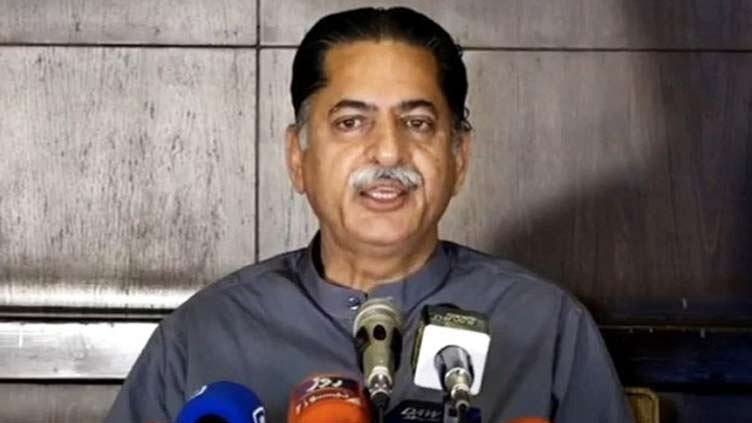 ISLAMABAD (APP) – Federal Minister Javed Latif on Friday alleged that Pakistan Tehreek-e-Insaf (PTI) Chairman had the only agenda of creating ‘chaos and anarchy’ in the country.

He claimed that Imran Khan wanted bloodshed. The government was fully aware of his intentions as his ‘late night meetings’ were no more secret, the minister said while addressing a press conference.

“We know about the agenda of Imran’s late night meetings. We also know that he is just a ‘stooge’ and working on the directions of others,” he added.

Javed Latif said Imran Khan had already indicated that his party would embark on another long march with full force and preparations as the PTI was not fully prepared at the time its so-called ‘Azadi March’ of May 25.

The party was now using the resources of Gilgit-Baltistan and Azad Jammu & Kashmir governments and others to “invade the Federal Capital with its armed miscreants”, he claimed.

The minister said everyone had the right to hold peaceful protests, but an ‘armed protest’ would not be allowed at all costs. The Pakistan Muslim League-Nawaz (PML-N) would make every sacrifice in the larger national interest, but would not compromise with the anti-state elements, he added.

He said today the people were asking why Pakistan, which was prosperous in the year 2018, was pushed in the quagmire of crises.

Javed Latiof said thought he was not impressed with Awami Muslim League chief Sheikh Rashid Ahmed, yet he seconded his opinion that the people may take to streets for getting their rights.