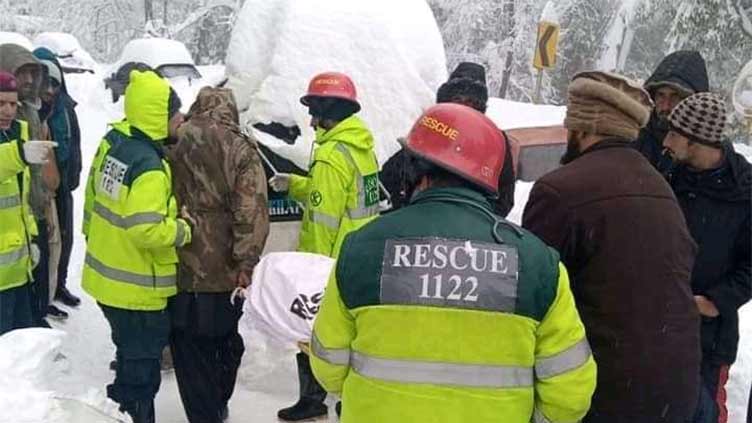 MURREE (Dunya News) – At least 23 people have lost their lives while being trapped in their vehicles after snowstorm in Murree and other northern areas of the country.

According to police, among the victims, four were friends and were visiting Murree from Mardan. They died of cold while spending the night in their car due to huge traffic jam.

Resuce 1122 service has released the details of the people who have lost their lives trapped in their cars. 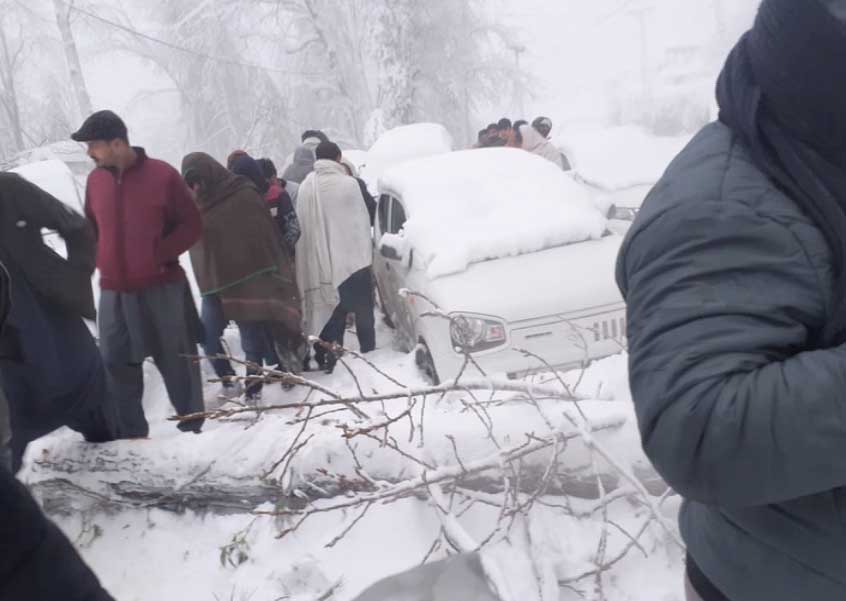 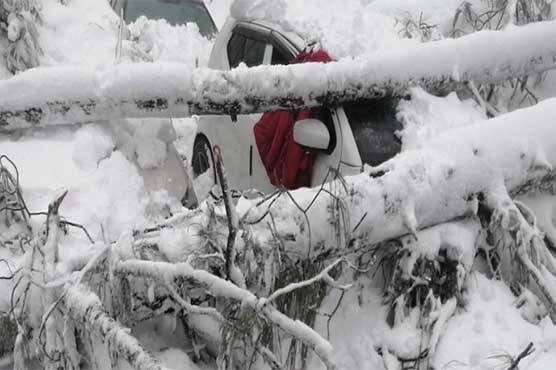 Local administration has launched operation to rescue the stranded tourists; however, teams are facing difficulties due disruption in mobile service and electricity supply. 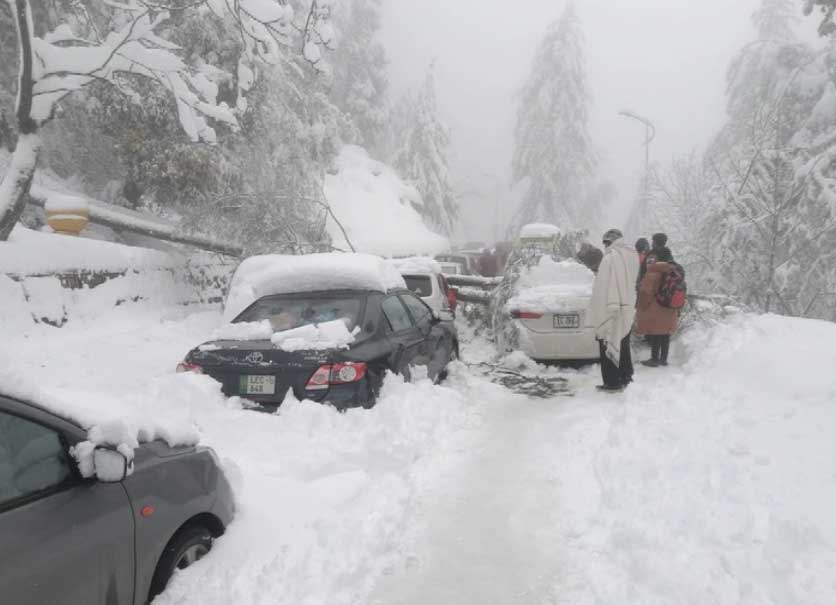 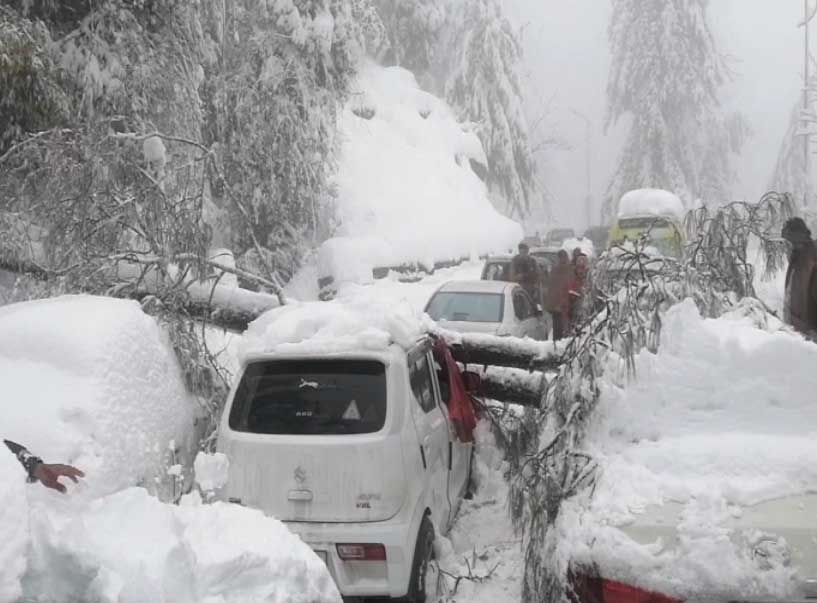 The minister has appealed the people to postpone their plans to northern areas to avoid any inconvenience. He told that civil armed forces have been summoned for assistance in snow-related rescue operation.

Punjab Chief Minister (CM) Buzdar on Saturday has imposed emergency in Murree due to heavy snowfall and directed the local administration to provide relief to the stranded tourists.

In a statement, the CM has ordered to open government rest houses and offices for the tourists. All the possible resources will be utilized to facilitate the travelers in this difficult time, he assured.

The CM has instructed the concerned authorities to provide necessary relief items to the stranded people. He further extended condolences to the bereaved families of those who died of cold.

Federal Minister for Information and Broadcasting Fawad Chaudhry has also urged people to delay their plans of visiting northern areas by some days due to heavy traffic jams.

Fawad Chaudhry, in a tweet, said that hundreds of thousands of vehicles are heading towards these areas causing problems for local administrations as they are unable to facilitate such a large number of tourists.

The minister asked people who have not left their houses to postpone their plans.