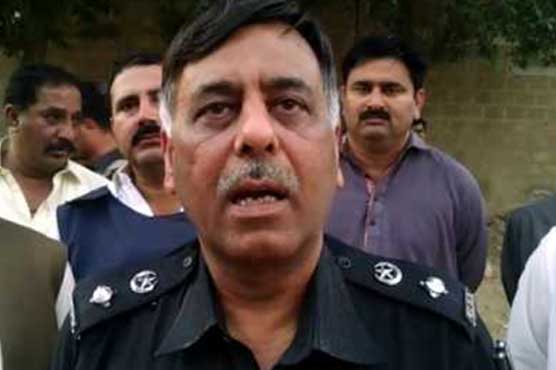 In the letter, Sindh IG has expressed his concerns over Anwar's likely escape to a foreign country.

KARACHI (Dunya News) – After seeking help of the federal and other provincial governments, Sindh Inspector General AD Khawaja wrote a letter to intelligence agencies for their assistance in arresting suspended SSP Malir Rao Anwar for his involvement in the killing of Naqeebullah Mehsud’s alleged encounter in Karachi.

In the letter, Sindh IG has expressed his concerns over Anwar’s likely escape to a foreign country. Intelligence agencies have paced up their efforts to locate the whereabouts of Rao Anwar.

The ex-SSP had earlier tried to flee Dubai but the bid was foiled by the immigration staff at Benazir Bhutto International Airport on January 23. His name was later placed on Exit Control List (ECL) on the directions of court.

A higher police official has advised Anwar on Whatsapp call to surrender before the police.

On the other hand, a special team headed by SSP Zulfiqar has reached Islamabad to search and arrest the former SSP. Sindh DIG Sultan Khawaja has claimed early arrest of Anwar. He says that extrajudicial killing of the citizens in unacceptable.

He has suggested Anwar and his team to give in before the police as it will be better for them. Four police teams will depart for Punjab and Khyber Pakhtunkhwa today.