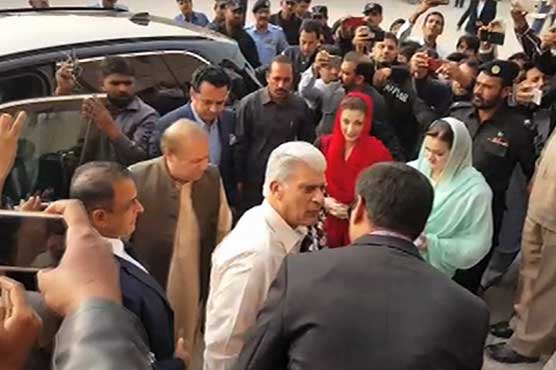 The court will announce its reserved verdict on Nawaz Sharif's petition.

During the hearing, the court will announce its reserved verdict on Nawaz Sharif’s petition seeking merger of Avenfield properties, Al-Azizia Steel Mills and Flagship Investments references.

A day before, Nawaz Sharif, his daughter Maryam Nawaz and son-in-law Captain (r) Safdar appeared before the court during which their counsel Khawaja Harris argued that all three cases are of same defence and their witnesses are also same, therefore, it is requested to club them.

The plea was abruptly opposed by NAB prosecutor after which the hearing was adjourned for a while and former PM was allowed to leave the court.