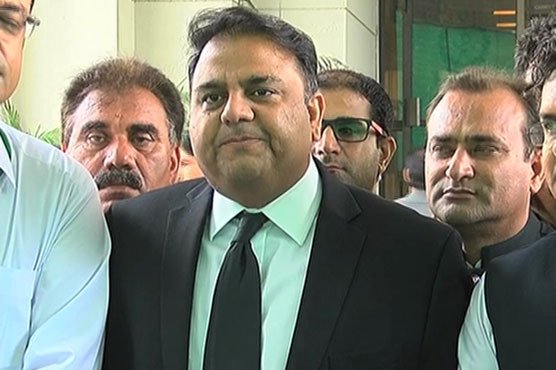 PTI leader Fawad Chaudhry has asked that who are bearing the expenses of PML-N leaders in London.

According to details, PTI leader Fawad Chaudhry has asked that who are bearing the expenses of PML-N leaders in London. He said that an adjournment motion will be presented in the assembly over this issue.

On the other hand, Sardar Azhar Farooq on the behalf of PTI has written a letter to Election Commission of Pakistan (ECP) to scrutinize bank account details of all political parties, adding that every party should be held accountable.

The party further alleged PML-N of embezzling millions of rupees while PTI’s Naeem-ul-Haq assured to have submitted details of PTI accounts from 2010 to 2017.

Will make the rich abide by law if given power, vows Imran Khan