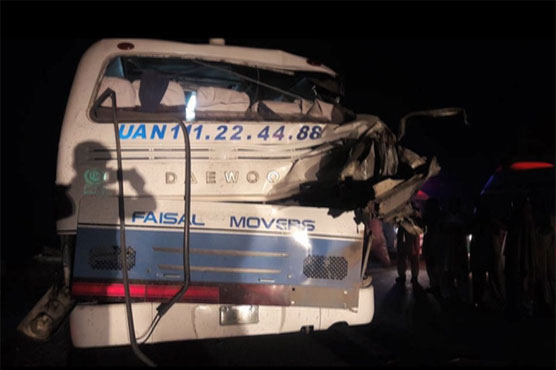 The deceased include two men and two women.

HASILPUR (Dunya News) – At least four people were killed and eight sustained injuries in a collision between passenger bus and trailer in Hasilpur.

The passenger bus was en route to Faisalabad from Sadiqabad when it crashed into a trailer near Ablani on Shahpur road.

The deceased include two men and two women and have been identified as Asifa, Sunil Kumar, Sameera and Abdul Hameed. Rescue teams shifted the injured to a nearby hospital for medical assistance.

Pakistan has an appalling record of fatal traffic accidents due to poor roads, badly maintained vehicles and reckless driving. Crashes killing dozens of people are not uncommon.

Close to 9,000 road accidents are reported to the police every year since 2011, killing over 4,500 people on average, according to the Pakistan Bureau of Statistics (PBS).