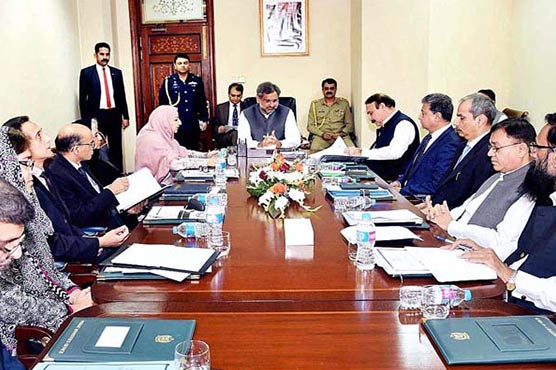 The prime minister was chairing a briefing on Capital Development Authority at Prime Minister’s Office.

Matters pertaining to the role and functions of CDA and the Metropolitan Corporation Islamabad and various developmental activities in the federal capital were discussed during the meeting.

The meeting was informed that construction of signal free & controlled access corridor of Islamabad Highway from Zero Point to G.T. Road, Karal Interchange, construction of bridge at Sohan, Khanna Interchange, Gulberg Underpass and Naval Bridge were some of the major projects undertaken by CDA.

The meeting was further informed that future projects for the federal capital include rehabilitation of Simly Dam Road, Bhara-kahu By-Pass, construction of Interchange at the Intersection of Kashmir Highway and 7th Avenue, construction of additional block at capital Hospital at G-6 (300 beds), slaughter house I-9/4, state of the art Inter-city bus terminal, construction of medical centres, Islamabad Bus Service Project for improvement of transportation etc. in addition to the proposed solutions of the solid waste management.

Various issues relating to strengthening of Metropolitan Corporation, service delivery especially in the rural areas of the capital and the issue of encroachments on state land were also discussed during the meeting.

Earlier, the Prime Minister also chaired a meeting on health related issues in the federal capital.

The Prime Minister directed ICT administration, CADD and CDA to work out a plan with mutual consultation in order to ensure provision of quality health services in the urban as well as rural areas of the capital and to resolve various health sector related issues.