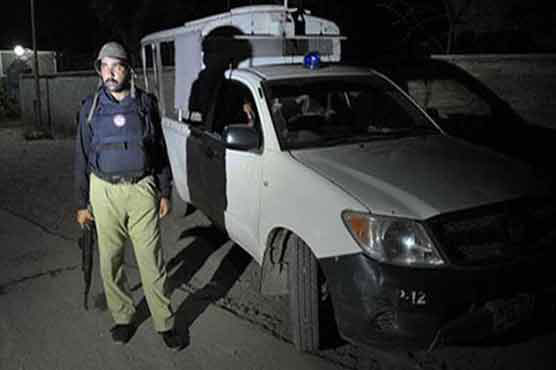 A terrorist of banned outfit was killed in exchange of fire with police and CTD in Quetta.

QUETTA (Dunya News) – One terrorist of a banned organization was killed and another was taken into custody after an encounter at the Qumbrani Road in Quetta on Thursday, Dunya News reported.

According to details, police and Counter-Terrorism Department (CTD) personnel conducted a joint operation at the Qumbrani Road in Quetta on an intelligence report during which terrorists present in the area opened fire. The law enforcement agencies returned the fire as a result one was killed and another was arrested.

Police sources said that the arrested terrorist, identified as Afand, belonged to a banned organization and was wanted by police in Civil Hospital bomb blast case.

Police also recovered a pistol from the arrested terrorist while the dead body of other militant was shifted to Civil Hospital Quetta.