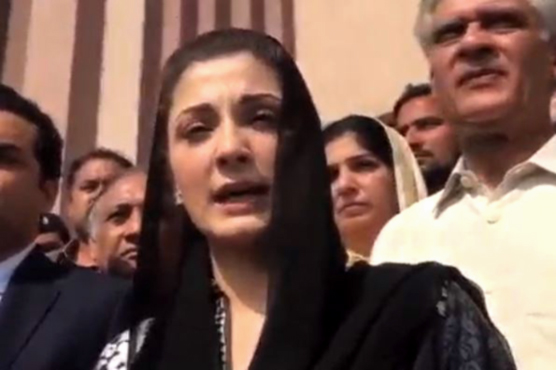 The mere fact that the Sharifs are bowing down to the courts and upholding the rule of law creates an important dynamic. Photo: Dunya News

Today’s proceedings at the Accountability Court in Islamabad have created a very interesting precedence. While the Supreme Court has removed a sitting Prime Minister before (Yousaf Raza Gillani in 2012), neither was he the main leader of the party in power and nor were any proceedings initiated against him after the removal. However, this time round the Prime Minister was the party president—in fact the party bears his name, and now cases have been filed against him, his children, relatives and business associates.

These events are certainly unprecedented in Pakistan.

Up till now it seems that whoever is advising the Sharif family is doing a good job. When Nawaz Sharif and his family went abroad for the treatment of Kusloom Nawaz almost all news channels said that they would never come back and run the party, and the government, in self-exile. Then Nawaz Sharif made a comeback and appeared before the Accountability Court.

People again argued that since non-bailable warrants had been issued against Mr Safdar, Maryam Nawaz’s husband, the duo will not come back. However, the couple came back, and Mr Safdar was promptly arrested, and both Safdar and Maryam appeared before the court where Safdar was granted bail. All of this is unchartered territory, especially for a party which stormed the Supreme Court in living memory.

The mere fact that the Sharifs are bowing down to the courts and upholding the rule of law creates an important dynamic. They have repeatedly said that while they have reservations about how the cases against them are being pursued, they will still submit to the law. Observing the ‘rule of law’ is an important element in a country’s development. In fact, the establishment of the rule of law differentiates between the anarchic ‘state of nature’ where everyone fends for themselves, and a civilised and organised society which respects rules, boundaries and limitations. Hence, the submission of the most important and powerful political family to the rule of law sends a strong message that no one is above the law and that Pakistan’s salvation is only in the promotion and strengthening of the rule of law. 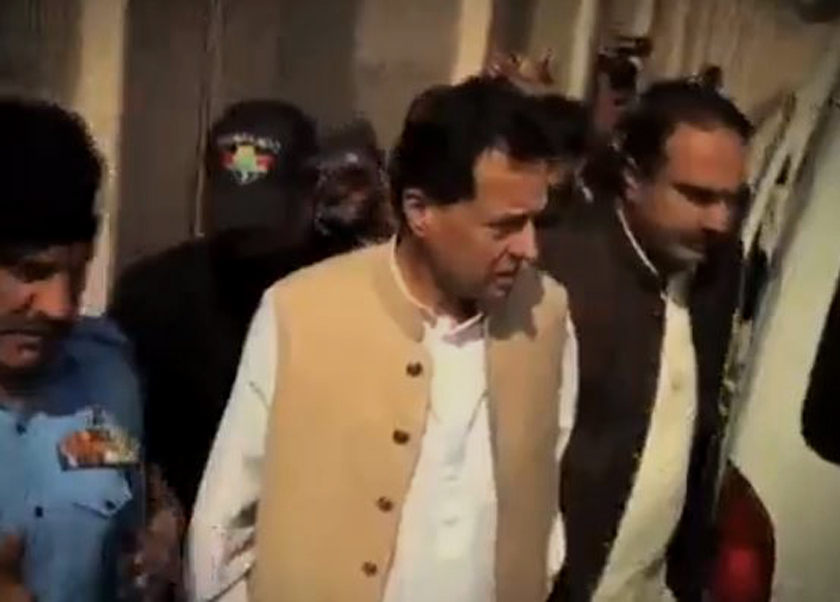 The submission of the Sharifs to the courts has also given them a great opportunity. While every institution has corrupt elements within it, it has mainly been the politicians who have borne the brunt of anti-corruption proceedings. But there are dark horses in all institution— the judiciary, military bureaucracy, police, etc., where unscrupulous people are defaming the very institutions they work for through their corruption. So where proceedings against the politicians should continue, a framework should be established whereby any corrupt person—no matter which institution they might belong to, be brought to trial in a free, fair and public manner. Such trials will not only be good for accountability and create positive precedence, but will further enhance the prestige of their institutions, where they had been eroding its foundations through their actions.

The appointment of Justice (r) Javed Iqbal as a consensus candidate as Chairman National Accountability Bureau should open a new era where the law is equally applied to all, without any discrimination, and where the rule of law is firmly established.

The writer teaches at the IT University in Lahore. He is the author of ‘A Princely Affair: The Accession and Integration of the Princely States of Pakistan, 1947-55.’ He tweets at @BangashYK.

This is revenge, not accountability: Maryam Nawaz

Maryam to arrive in Islamabad for accountability case hearing: sources