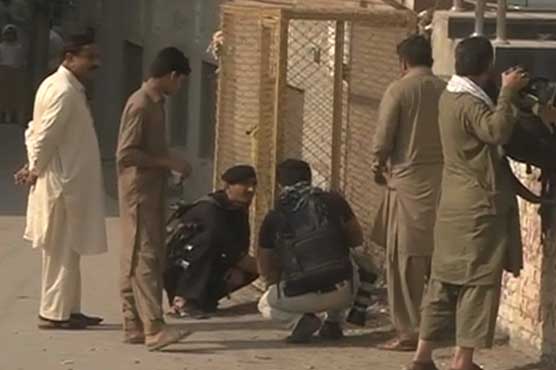 Police have cordoned off the blast site.

PESHAWAR (Dunya News) – At least twenty people have been injured in an explosion in Shinwari Town near Peshawar Ring Road on Friday.

As per details, the blast took place outside a small private hospital, injuring twenty people including owner of the hospital and his son. Police and bomb disposal squad have arrived at the scene while nature of explosion is being confirmed.

Fifteen injured persons were provided first aid on the spot while five others were moved to the Lady Reading Hospital.

Earlier today, the law enforcement personnel arrested two alleged terrorists from a house in Yasinabad area. Around 90 detonators, six magnet bombs and explosives were recovered from the location.