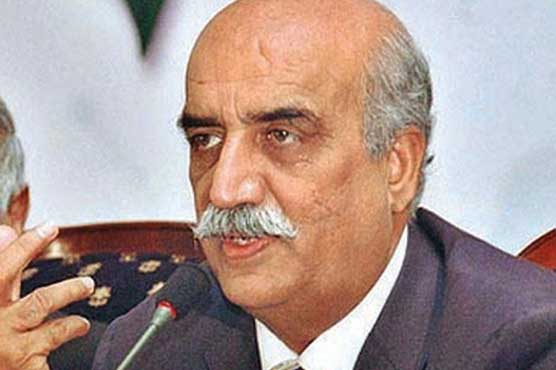 Khurshid Shah has said that the current NAB chairman is controversial from the day one.

ISLAMABAD (Dunya News) – Opposition Leader in National Assembly Khurshid Shah on Thursday has assured to give name of new chairman for National Accountability Bureau (NAB) to the government.

Khurshid Shah has said that the current NAB chairman is controversial from the day one. He said talks with Pakistan Tehreek-e-Insaf (PTI) and Muttahida Qaumi Movement (MQM) are underway in this regard.

He said a meeting with Prime Minister Shahid Khaqan Abbasi was held in which issue of NAB chairman’s appointment was discussed.

Have not complained to PM on any matter, he added.

Shah continued that the past of new chief should be cleaned from politics and that no one would find any way to malign him.