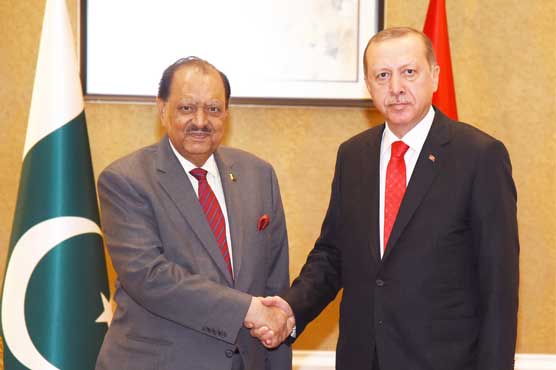 Both the leaders expressed these views in a meeting in Astana.

ASTANA (APP) - President Mamnoon Hussain and Turkish President Recep Tayyip Erdogan Saturday unanimously believed that Afghan issue could not be resolved without Pakistan, calling for recognition of country’s efforts for peace and against terrorism.

Both the leaders expressed these views in a meeting here after their arrival in Kazakh capital to attend the first summit of the Organization of Islamic Cooperation on science and technology.

Prominent cabinet members of the Turkish president were also present during the meeting. 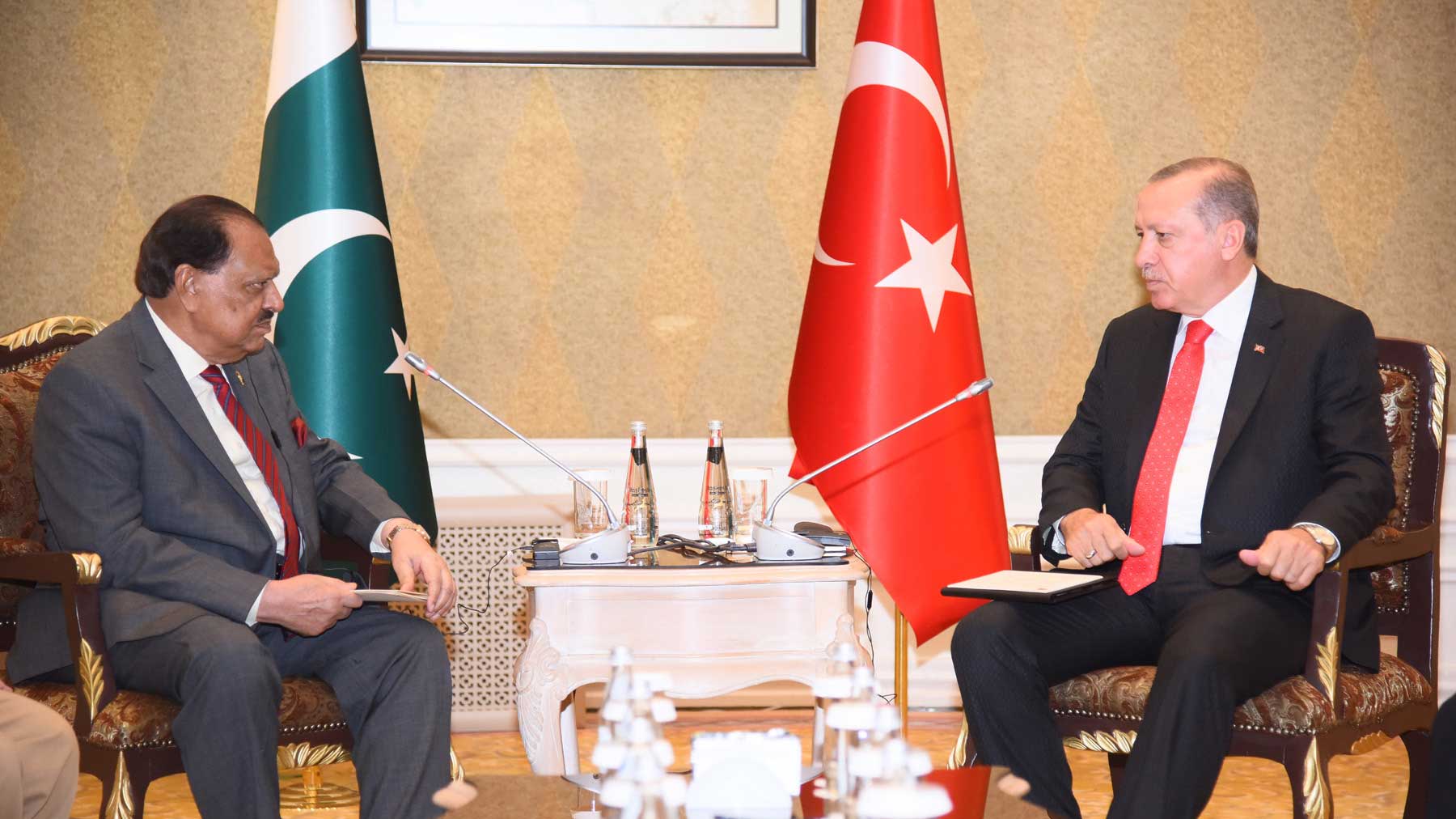 President Mamnoon said Pakistan had taken extraordinary steps for regional peace and security and had faced the biggest loss in its fight against terrorism.

President Erdogan lauded Pakistan’s efforts and sacrifices for regional stability and reiterated his support to Pakistan saying that services of the Pakistan’s government and the people against terrorism were historical.

Turkish president thanked the people and the Government of Pakistan for extending support to their Turkish brethren at the time of an abortive attempt of military coup. Both the leaders also supported the coordinated actions against all forms of terrorism.

They also exchanged views on the issue of Afghanistan believing that solution lied in Pakistan’s anti-terror efforts.

During the meeting, both the leaders also discussed the issue of Rohingya Muslims of Myanmar and resolved to raise it at every platform in the world.