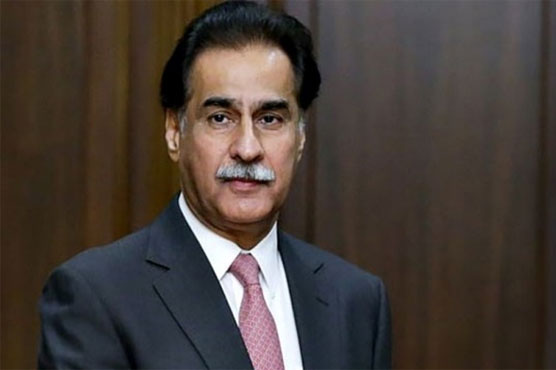 He counted for sacrifices of armed forces against terrorism and extremism.

ISLAMABAD (APP) - Speaker National Assembly Sardar Ayaz Sadiq on Wednesday said that Pakistani forces are fully capable to thwart any aggression while the whole nation is proud of their valor and professionalism.

In his comments with regards to Defence Day, the speaker pronounced that the nation celebrates this day to commemorate sacrifices of brave sons of the soil who dared Indian aggression in 1965 and made the country impregnable through their immortal sacrifices.

He counted for sacrifices of armed forces against terrorism and extremism and asserted that through their commitment and dedication against these menaces they have won hearts of people of Pakistan.

Ayaz Sadiq articulated that Pakistan is a peace loving country and desires peace in the region as the Pakistani forces are daring the internal and external conspiracies to root out terrorism.

The whole nation is supporting the actions of armed forces shoulder to shoulder against terrorism.

Meanwhile, Deputy Speaker Murtaza Javed Abbasi also commended the services and eulogized sacrifices of armed forces for the defence of the country.

He said the devotion and commitment manifested during 1965 war could be harbinger for the present generation to steer country out of challenges. “We can touch new heights of solidarity, stability and national cohesion with the revival of national spirit manifested in September 1965.”