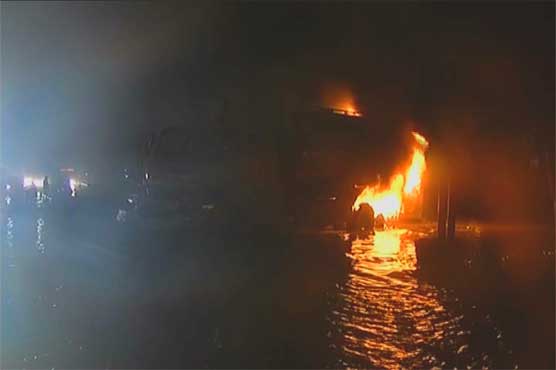 The blaze was brought under control after one hour as fire brigade reached the spot late.

KARACHI (Dunya News) – According to details, an oil tanker supplying petrol to a petrol pump near Malir Halt area of Karachi on Thursday. The petrol pump was shut down to prevent further damage

The petrol pump officials informed police and fire brigade but they reached the spot after an hour. After reaching the spot the firefighters brought the fire under control.

Meanwhile, two tracks of road going to Airport from Malir Halt also remained closed due to fire. No loss of life was reported in the incident.