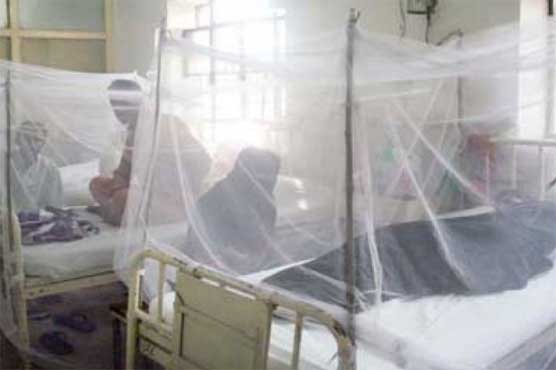 The toll of dengue cases reached five during the current year.

RAWALPINDI (Dunya News) - The dengue fever outbreak in Rawalpindi is spreading very fasy as two more patients were reported to have been admitted at the Holy Family Hospital in the last 24 hours, Dunya News reported.

Those who were admitted in the hospital today included 16-year-old Yaqoob and 35-year-old Farkhanda. The toll of patients affected by the bite of Aedes mosquito has reached five during this year.

The viral fever has been spreading very rapidly in the city and the precautionary measures adopted by the authorities are nowhere to be found in this regard.

Sources said that a survey was conducted at 6000 places in Rawalpindi a week ago and dengue larvae were discovered from at least 111 locations.