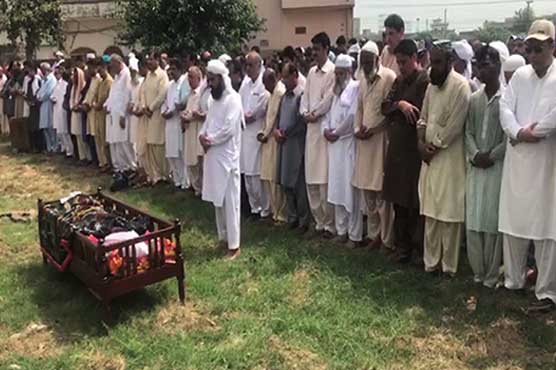 The funeral prayer was offered in Lalamusa's area Bihari Colony.

LALAMUSA (Dunya News) – The 12-year-old boy Hamid who was on Friday killed by ousted premier Nawaz Sharif’s convoy when he was hit by a car has been laid to rest in Lalamusa on Saturday (today).

The funeral prayer was offered in Lalamusa’s area Bihari Colony which was attended by a large number of people.

The boy, son of a rickshaw driver, was hit by a vehicle of the security staff. His uncle claimed that he begged for help but no one stopped. The relatives also protested on main GT Road against the ruling party.