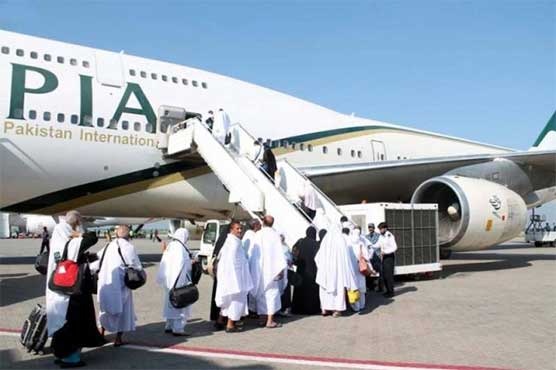 The flight operation will be completed by August 26.

Minister for Religious Affairs and Interfaith Harmony Sardar Muhammad Yousuf bid farewell to the pilgrims at the airport. While talking to media he said that travelling is being made luxurious for the pilgrims. “The ministry has made elaborate arrangements in Makkah and Madina to facilitate the pilgrims in the best possible manner,” he said.

He advised the pilgrims to show discipline in Saudi Arabia as they are going there being the ambassadors of Pakistan. The minister also directed them not to take any prohibited item with them.

Speaking on the occasion, the acting Saudi Ambassador to Pakistan said the Kingdom makes comprehensive arrangements in order to ensure that the pilgrims perform their Hajj rituals with ease and comfort.

Meanwhile, eight flights from around the world flew 1954 pilgrims to Saudi Arabia. The operations will also be held through private flights.

The first flight of a private airline departed from Karachi. The flight operation will be completed by August 26.