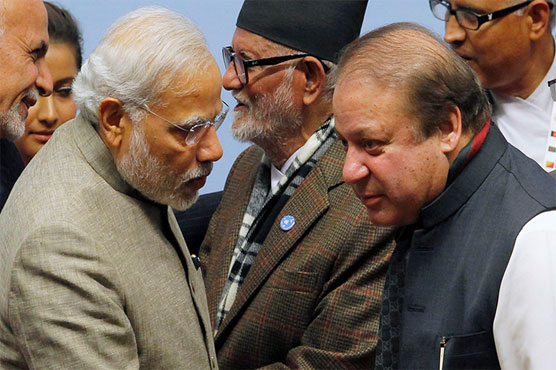 TOI claims that the premier's removal will strengthen the Pakistan army which is an imminent danger.

NEW DELHI (Dunya News) - The Joint Investigation Team (JIT) report over the Panama Papers has not only jolted the political scenario of Pakistan but also the arch rival India.

“If the SC decides to implement the report, perhaps by next week, Sharif might either be removed or, at the very least, be rendered completely ineffectual. This could have implications for India in the coming weeks and months, particularly in the security sphere,” says the article.

The newspaper implies that Sharif’s ouster will affect the negotiating process between India and Pakistan. It said that talks between both the countries on significant matters including Kashmir issue could not move forward after the Modi-Nawaz meet up in Astana.

TOI says that the position of PM Nawaz has weakened after the JIT probe. “The dominant opinion holds that JIT s findings have severely weakened Sharif s position by cutting his avenues of deniability, something which can be a source of worry for India,” says the article.

TOI claims that the premier’s removal will strengthen the Pakistan army which is an imminent danger to India.

Shameful to see PM refusing to resign despite proofs against him: Imran Khan

'No single sentence which points out corruption committed by Nawaz Sharif'