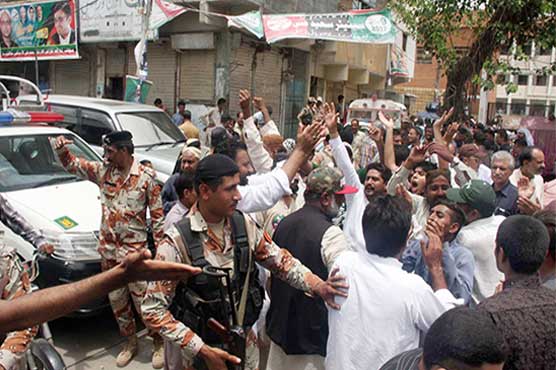 Members of political parties attacked an independent candidate and barred him from casting his vote.

KARACHI (Dunya News) - Clashes and arguments erupted outside different polling stations in Karachi including Chanesar Goth during PS-114 by-election in Karachi on Sunday.

Members of political parties attacked the polling agent of an independent candidate outisde Government Boys School in Chanesar Goth. They dragged him out of the polling station while beating mercilessly. Rangers immediately took charge and controlled the situation. 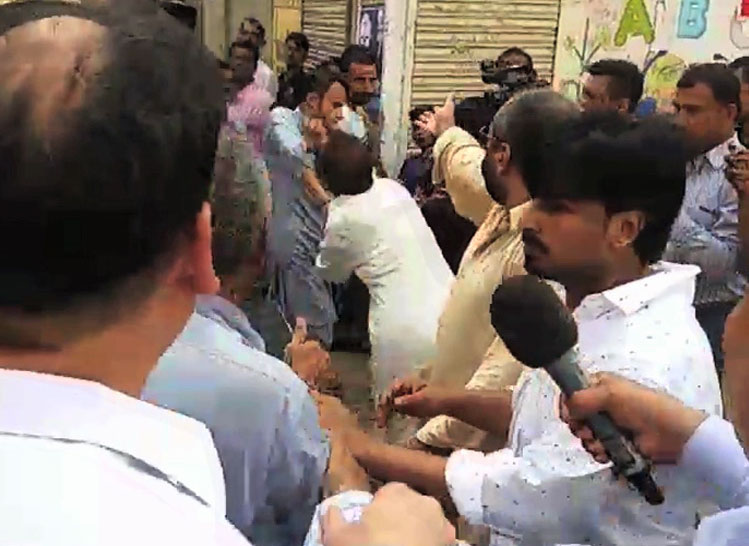 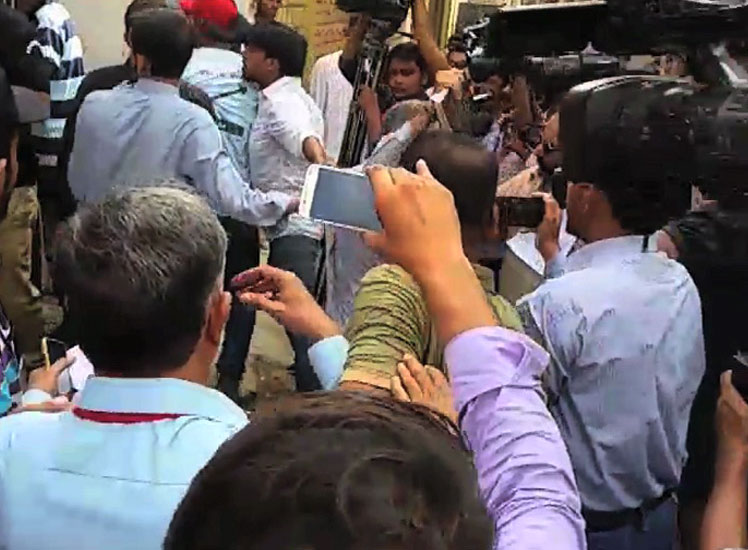 PPP’s candidate Saeed Ghani said that he was prevented from going to polling station and misconduct was rendered towards the women from his family. PTI protested against PPP and torture on polling agent and announced to register case against the act.

Moreover; media personnel were also not allowed to enter the polling stations despite of having the passes.

In aftermath of the situation, secretary Election Commission contacted returning officer (RO) of PS-114. While talking to media, the RO said that voting is underway in all the polling stations and has not been halted in any of them. He confirmed that clashes occurred outside the polling booths but the voting process was not affected.

The polling began at 8am and will continue till 5pm. Strict security arrangement has been made on the occasion as 2000 Rangers personnel and 1250 policemen have been deployed outside and inside the polling stations whereas they are also conducting patrols in the area. 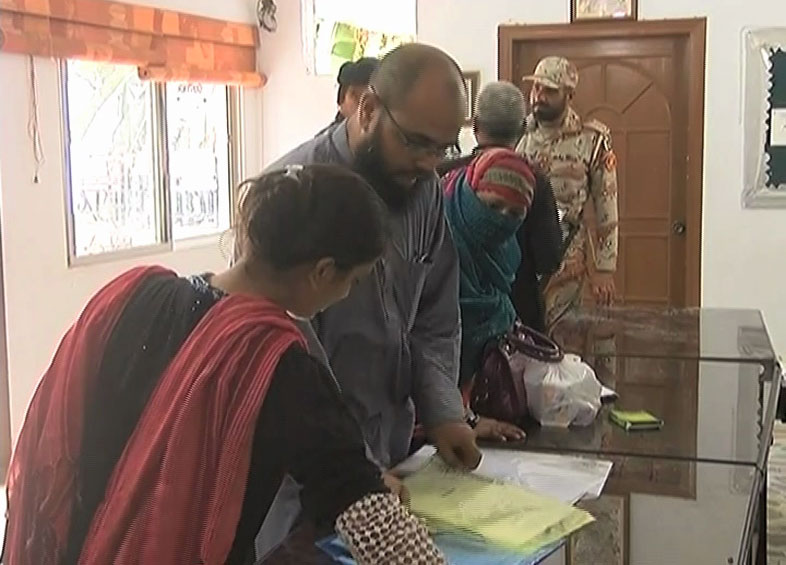 Section-144 has been imposed in the surrounding areas of the polling stations.

At least 1,93,800 voters including more than 86,000 females and 1,12,000 males will participate in the elections for which 92 polling stations have been formed. Among these 33 have been declared highly sensitive and 59 as sensitive.

ECP reveals how rich the four chief ministers exactly are