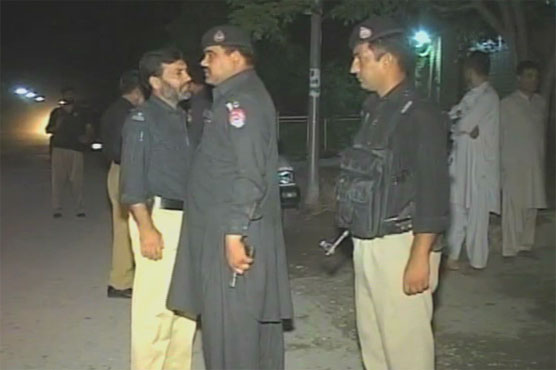 Police cordoned off the area after grenade attack and launched search operation.

PESHAWAR (Dunya News) – According to details, some unidentified persons hurled a hand grenade outside the house of Ismail Kakakhel in Hayatabad Phase-3 on Tuesday.

The blast partially damaged the gate of the house while no casualty was reported in the incident.

Police reached the spot after the hand grenade explosion and launched a search operation after cordoning of the area. However, no arrested was made so far.