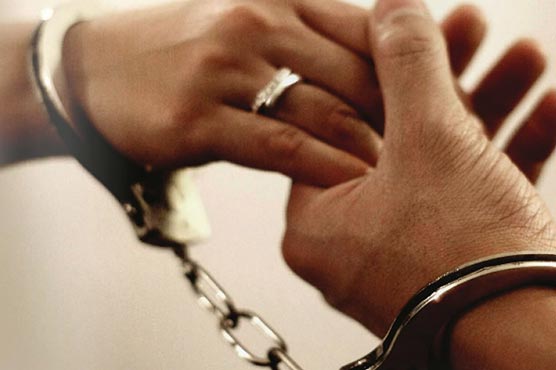 43 percent of forced marriages of British citizens occurred with Pakistanis.

Web desk - Forced marriages are quite common in Pakistan. Pakistan suffers from customs like Vani whereby girls are forcibly married to a family as part of a punishment for a crime committed by male members of her family. But the issue of forced marriages does not only exist in far-off rural areas. Forced marriages occur in urban centers too, with girls being married off against their will due to one reason or another.

Moreover, this custom does not only affect people within Pakistan, but also puts to suffering people outside Pakistan. Many Pakistanis, who are settled in foreign countries, marry their sons and daughters against their will to members of their family in Pakistan for various purposes, to help get members of their family citizenship of the foreign country they reside in.

A shocking report pertaining to such cases has come to light. A news report published in BBC Urdu has said that Pakistan ranks at the top when it comes to forced marriages between British citizens and citizens of other countries.

The report said that facts and figures quoted by the British government highlight that in 2016, the greatest number of forced marriages occurred between Pakistani and British citizens.

According to the data provided by the British government, the number of forced marriages between Pakistani and British citizens is abnormally higher than those between citizens of Britain and other countries.

In 2016, among the forced marriages between citizens of Britain and the rest of the world, 43 percent of the incidents took place in Pakistan.

According to the report, the British Interior Ministry and Foreign Ministry formed a ‘Forced Marriage Unit’ to deal with and monitor this issue. The date provided by the Forced Marriage Unit said that in 2016, the total number of incidents of forced marriage between British citizens and citizens of other countries of the world totaled 1428.

The Forced Marriage Unit also stated that last year, with regards to Pakistan, 612 forced marriages and attempted forced marriages occurred, followed by Bangladesh with 121 cases, India with 79 cases, Somalia with 47 cases, Afghanistan with 39 cases and Saudi Arabia with 16 cases.

According to the British government, forced marriage is defined as one in which one or both parties are forced to marry under physical or mental torture or under financial threats.