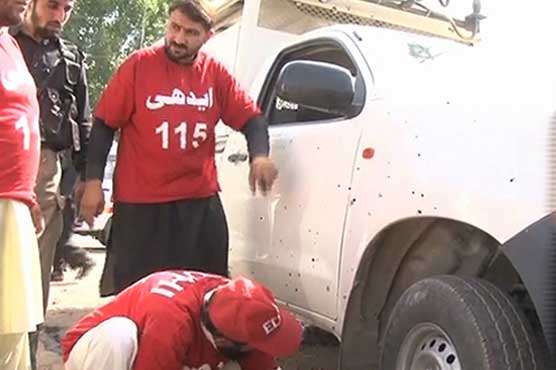 Three officials of the CTD and one passer-by sustained injuries.

CTD officials told APP that three officials of the CTD and one passer-by sustained injuries in IED blast that targeted their vehicle at Khatko bridge, when they were en-route to a girls school where an improvised explosive device had exploded.

As a result, CTD officials Akbar Ali, Israr and Nizar sustained minor injuries besides a passer-by Wali-ur-Rehman and shifted to hospital.

Police said earlier, an IED went off outside a girls primary school in Urmar village Shamshato Road where two IEDs were found installed outside the school, out of which one exploded while the other was defused by the Bomb Disposal Squad.

The school gate was damaged in the blast as no casualty was reported.

The CTD official were going to the site of the explosion when their vehicle was targeted near Khatko Pul.

The police have started investigation.