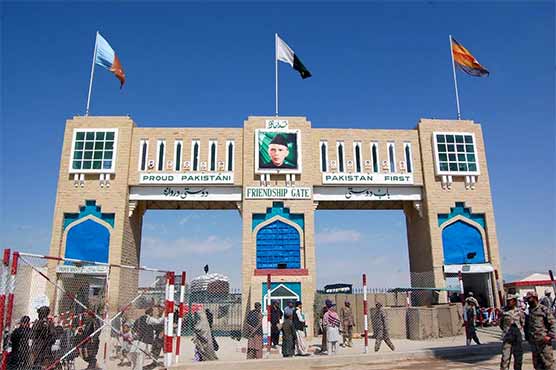 Security is on high alert in the area as fresh contingents of Pakistan Army have been deployed at the border with tanks and artillery. Pakistan Air Force (PAF) is also ready to respond to any aggression shown by Afghan forces.

At least ten people including three children and two women were killed by Afghan forces’ unprovoked firing near a major border crossing where Pakistani census officials were carrying out a count.

Also, 46 others were injured in the firing and shelling, including FC officers who were deployed for security of census officials. Afghan authorities were informed prior to the population census.

Pakistan’s military said Afghan border police had been "creating hurdles" since April 30 for the census team in the Chaman area.

"This was done despite the fact that Afghan authorities had been informed well in advance and coordination was carried out through diplomatic and military channels for conduct of the census," the military said.

Two Afghan vehicles and three check posts were destroyed by Pakistan Army in retaliation, and several Afghan officials were killed as well.

Some of the Afghan soldiers ran away and hid themselves in the homes of locals. It is worth mentioning here that Dunya News has also aired the video of this cowardly act of Afghan forces.

Pakistan’s foreign ministry later summoned the Afghan charge d’affaires to protest at this unprovoked firing. The Pak-Afghan Director Generals of Military Operations (DGMOs) also communicated through the hotline in which Pakistan made it quite clear to Afghanistan that no such incidents would be tolerated at the border, and Pakistan forces would respond with full strength.

There is ceasefire at the Pak-Afghan border after the communication between both DGMOs.

With inputs from REUTERS