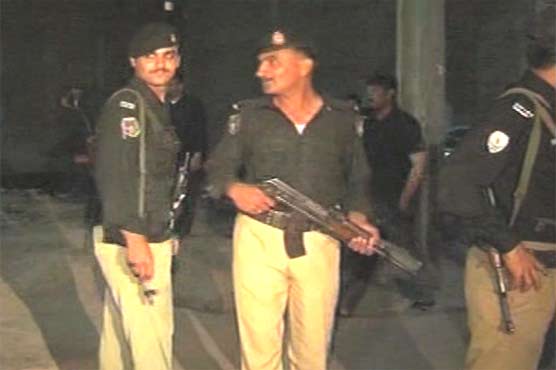 PESHAWAR (Dunya News) – At least two people were killed and four others were wounded when some unidentified persons riding on motorcycle opened fire in Patang Chowk area of Peshawar on Thursday, Dunya News reported.

Police sources said that the miscreants opened fire at the people who were coming out of a mosque in Patang Chowk area, killing two people on the spot.

The deceased were identified as Abdul Qayyum and Asad Ullah. Rescue teams reached the spot after the incident and shifted the injured to Lady Reading Hospital for treatment.