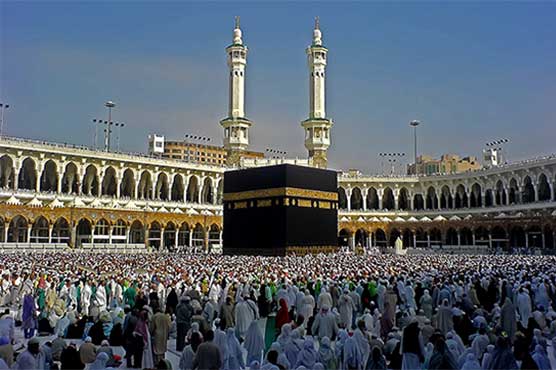 Hajj applications will be accepted till April 26, and draw will be held on April 28.

MULTAN (Dunya News) – Banks received more than 22 thousand applications for Hajj 2017 on the first day as ministry is expecting record number of applications this year, reported Dunya News on Tuesday.

It is pertinent here to mention that as per Hajj policy 2017, applications will be accepted till April 26, and draw will be held on April 28.

Speaking on the occasion, Rehan Abbas Khokhar said ten banks in Multan are receiving Hajj applications. Assistant Director Hajj Muhammad Ajmal Bajwa and others accompanied the director on the event.