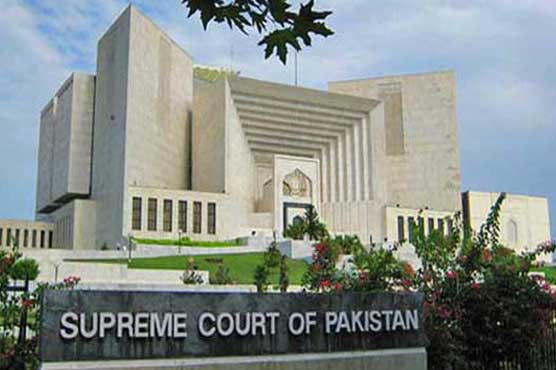 The lawyer requested the bench to prepare decision carefully as Panama issue is a matter of law.

ISLAMABAD (Dunya News) – Supreme Court’s (SC) Justice Ijaz-ul-Ahsan on Tuesday has claimed that verdict in Panama Papers case will be remembered for centuries.

Panama Leaks issue echoed during the hearing of Orange Line Train project case when Additional Advocate General Khawaja Ahmed Hussain requested the bench to prepare the decision carefully as Panama issue is a matter of law.

Will give such verdict that will be remembered for centuries, remarked Justice Ijaz-ul-Ahsan.

Resuming the arguments on Orange Line Train case, Khawaja Ahmed Hussain suggested to make its routes underground near historical places on which Justice Sheikh Azmat Saeed remarked: “Don’t make metro train a roller coaster. Even a roller coaster doesn’t come down from a height of 90 feet.”

Justice Ijaz expressed resentment and asked why the authorities didn’t identify this issue at early stage. He directed to list flaws in the report instead of alleging experts of bigotry and warned of dismissing the reservations if they will not correct.

Subsequently, the court adjourned the hearing.

Army will accept any verdict in Panamagate case: DG ISPR

Weather is nice, I think Panama verdict will be nice too: Ayaz Sadiq