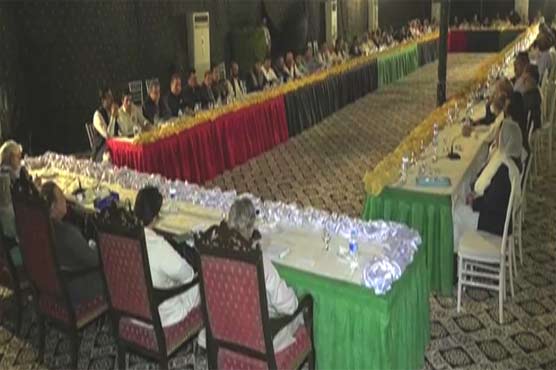 The joint meeting of the PPP’s Central Executive Committee and Pakistan People’s Party Parliamentarians was held in Naudero on the 38th death anniversary of Zulfikar Ali Bhutto and was presided by PPP Chairman Bilawal Bhutto Zardari and co-chairman Asif Ali Zardari.

In his address during the CEC meeting, Asif Ali Zardari said that the real competition in the upcoming general elections in the country will be between PPP and PML-N and added that Punjab will be the centre of his party’s election campaign.

Time to get rid of corrupt leaders, says Bilawal Bhutto

Government's focus is only on few areas, expresses Bilawal