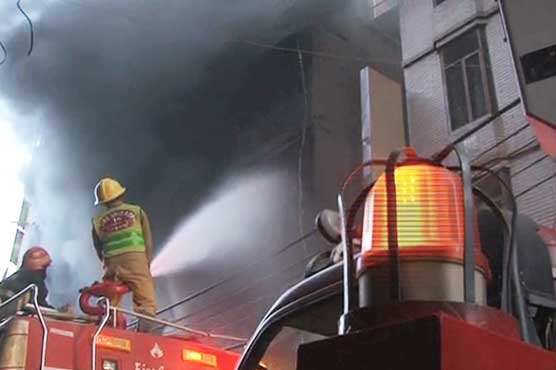 Fifteen fire tenders and rescue teams extinguished the blaze after the struggle of eight hours.

LAHORE (Dunya News) – Fire that erupted at the second storey of a plaza in the Anarkali Bazaar in Lahore on Friday night has been doused.

According to details, as many as fifteen fire tenders and rescue teams extinguished the blaze after the struggle of eight hours.

Enraged shopkeepers said that delay in rescue operation has caused loss worth millions of rupees. 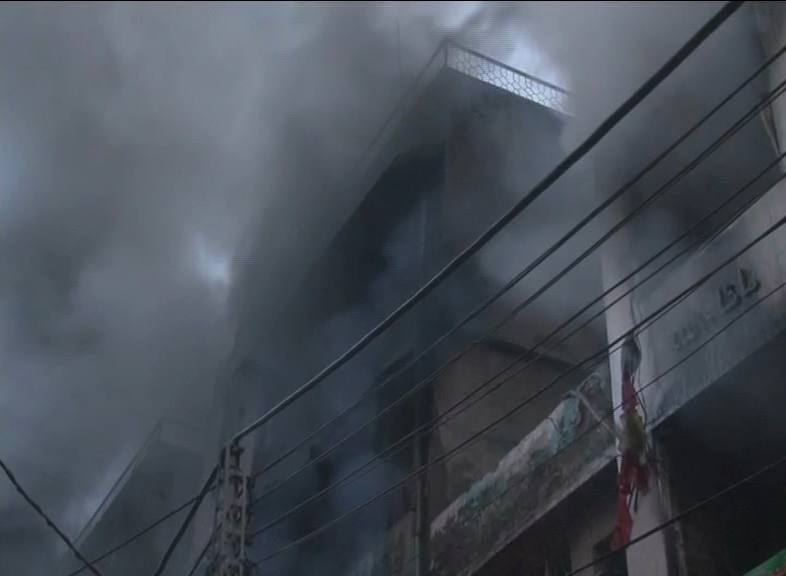 However, no loss of life was reported in the incident. 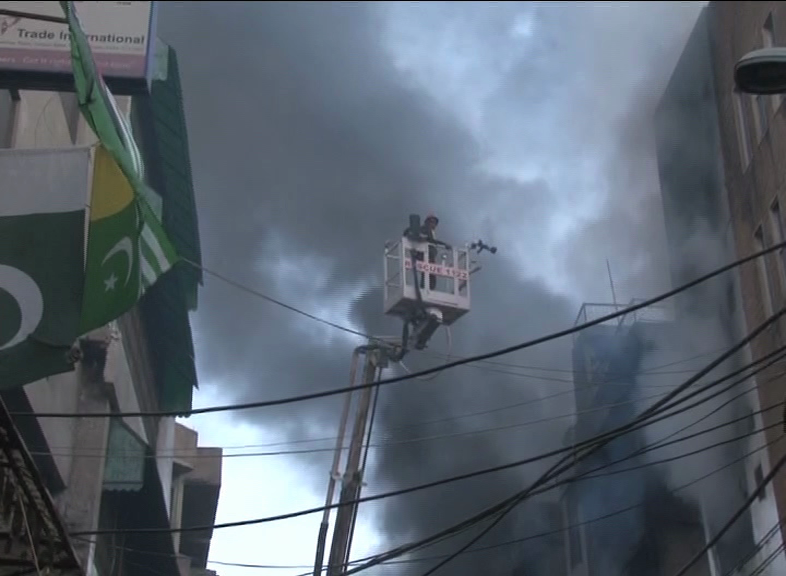 Earlier, a horrible blaze broke out at 2am at Ganpat Road due to short circuit and gutted seven more buildings in the surrounding area.

Rescue teams reached the spot with a delay and restricted the blaze to just two buildings.