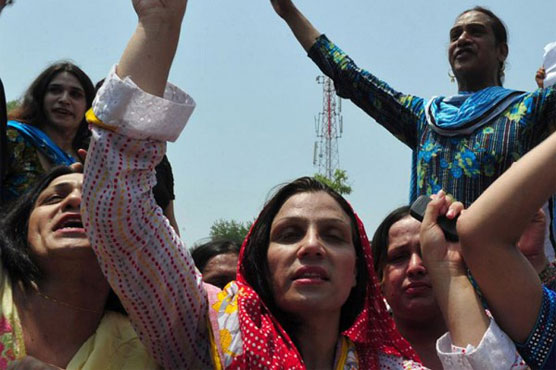 Statement from the Saudi interior ministry said the reports were totally wrong.

JEDDAH (Reuters) - Saudi Arabia denied on Tuesday claims by Pakistani activists that two transgender women from Pakistan were beaten to death in police custody after being arrested in Saudi Arabia along with more than 30 other members of the community.

Reports of the deaths had been carried in Pakistani media and decried in an activists’ media conference on Monday. However, a statement from the Saudi interior ministry early on Tuesday said the reports were "totally wrong and nobody was tortured".

The ministry acknowledged that one Pakistani had died in custody after the arrests.

"One 61-year-old person suffered a heart attack and died in the hospital after being treated," the interior ministry statement said.

"The Pakistani embassy looked into this case and another one. Procedures have started to send the body back to his country," it said.

Saudi media reported last week that police had arrested around 35 people after they raided a party where men were dressed as women and were wearing make-up. The Saudi outlets did not use the word transgender, nor say anyone had been killed.

In Pakistan, transgender activist Farzana Riaz told a news conference on Monday that sources in the transgender community in Saudi Arabia had told her the two Pakistanis were beaten to death with sticks.

"We are deeply saddened by the deaths of these two innocent trans persons in Saudi Arabia," Riaz, a leader of the group Trans Action Pakistan, said in Peshawar.

Riaz showed journalists several photos of those still in custody that she said had been sent to her by contacts in Saudi Arabia, along with messages sent via cellphone.

Qamar Naseem, a rights activist from the Blue Veins group, told the same news conference he had shared available information about the incident with members of Pakistan’s parliament.

The Pakistani Interior Ministry was not available for comment on Monday.

Saudi Arabia has no law against transgender people, but the kingdom has carried out arrests for cross-dressing and ordered the imprisonment and flogging of men accused of behaving like women, according to U.S.-based Human Rights Watch.

In Pakistan, transgender people are often shunned by their families and forced into begging or prostitution to support themselves.

Recently, however, a nascent transgender activist movement has gained attention and legal rights.

In January, a Pakistani court ruled that transgender people would be counted in the national census for the first time. In 2012, the Supreme Court declared equal rights for transgender citizens. They were guaranteed the right to vote a year earlier.