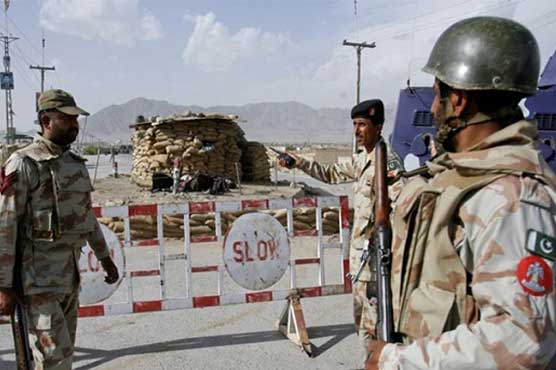 Security officers have cordoned off the entire area and launched an investigation into the matter.

According to police, a remote control bomb was planted at Sariab Road that exploded when FC’s car was on patrolling.

The injured identified as Jawad, Qudratullah, Yawar Khan and Mohammad Baksh have been shifted to FC hospital for medical assistance.

The security officers have cordoned off the entire area and launched an investigation into the matter.

On the other hand, operation Radd-ul-Fassad is successfully underway as dozens of terrorists have been killed while many of them have been arrested so far.

The operation was launched after terror attacks at Lal Shahbaz Qalandar shrine in Sehwan Sharif and Mall Road in Lahore that killed several people.

Moreover, the authorities have pledged to eliminate the menace of terrorism from the country at any cost.

Quetta: One week into Commander Razzak's martyrdom, no contact by govt