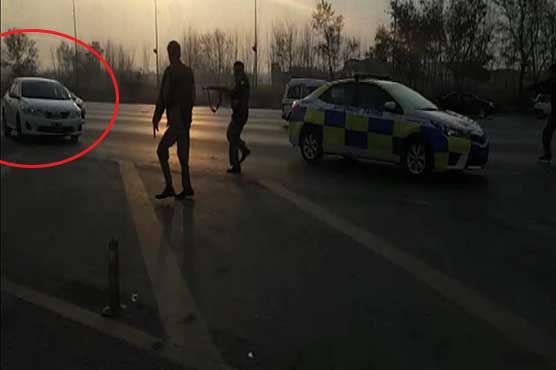 Police resorted to firing as the vehicle took u-turn towards Islamabad.

PESHAWAR (Dunya News) – Policemen opened fire on a suspicious vehicle on Islamabad-Peshawar Motorway today (Sunday) after the driver tried to escape from the scene.

Police resorted to firing as the vehicle coming from Swabi took u-turn towards Islamabad.

The vehicle took exit from Marati interchange and a suspect identified as Mujahid was detained on the service lane as he left the car. He has been shifted to Mardan police station.

According to Motorway Police, three persons including a woman were on board the vehicle.

Search is underway for other suspects.

Acquittal of criminals due to police's inefficiency, says SC