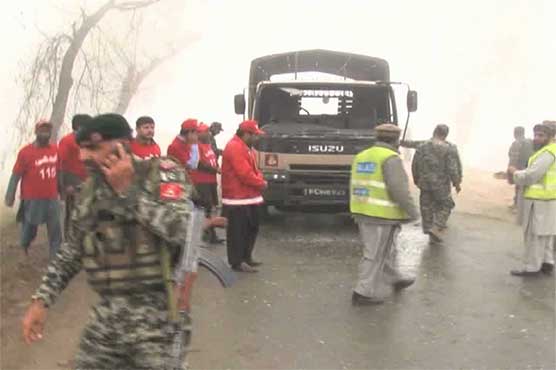 Three FC men were also wounded in the blast

PESHAWAR (Dunya News) – At least nine persons were injured when a bomb blast near FC vehicle jolted the area of Naguman situated in the outskirts of Peshawar.

It has been reported that the target of remote control blast was the FC vehicle that was on its ways from Mohmand Agency to Peshawar.

Police and rescue officials rushed to the spot immediately and shifted the wounded to the hospital.

SSP Operations confirmed that the blast was remote controlled.

A search operation was also underway after the blast.