Pitafi called Nusrat her sister and asked for forgiveness.

During the Sindh Assembly session, Pitafi called Nusrat her sister and asked for forgiveness.

He also presented a shawl to her as a token of reconciliation and respect. 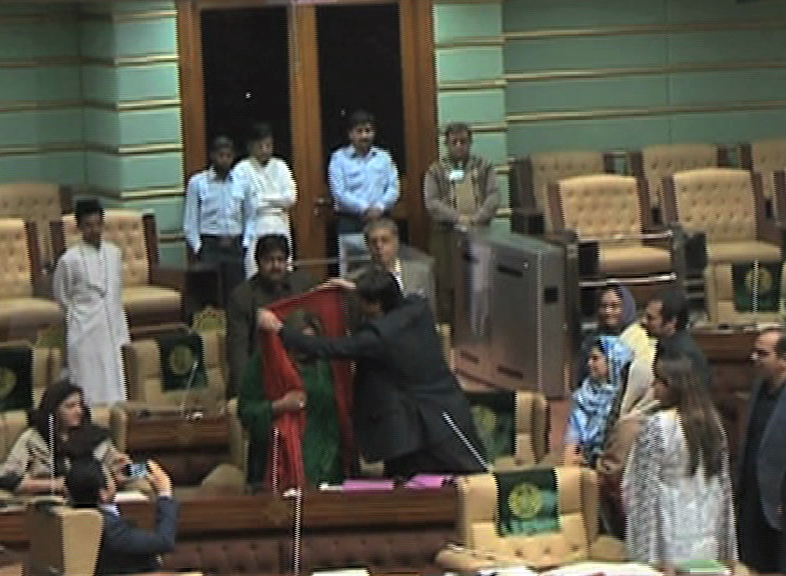 Nusrat accepted the apology and thanked Bilawal and Asifa for their concern.

Earlier, the PML-F MPA sat on the stairs of Sindh Assembly and while protesting announced that she will commit self-immolation.

While talking to media she said that she has brought petrol with her and will commit self-immolation if not provided justice.

The incident occurred on Friday when a bitter misunderstanding between the two resulted in harsh exchange of words. Pitafi threw indecent comments, calling her ‘drama queen’.

He accused Nusrat Sahar of seeking media attention when she asked the Minister for Works and Services to read out questions in English.