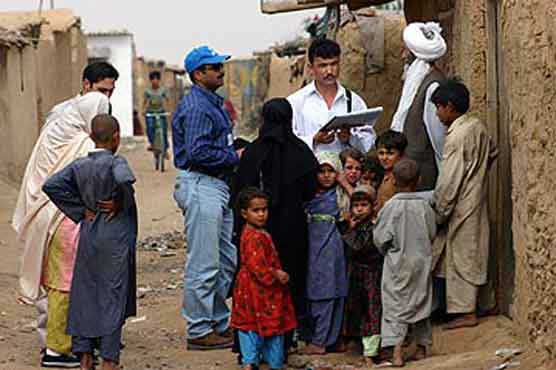 Census will be completed in two stages, first stage to begin simultaneously in all four provinces

ISLAMABAD: (Daily Dunya) – Census schedule has on Monday been announced by the government. The census will be conducted in 2017 in two phases and the first phase will be started simultaneously in all four provinces. The details of the sensitive areas have been demanded.

The details of the sensitive areas have been demanded from all the provinces. Briefing the media about the schedule for the census, Federal Bureau of Statistics (FBS) chief Asif Bajwa told that army, Rangers and police will ensure the safety of the census staff during the process. He said that around seven billion rupees will be spent on security.

Bajwa told that army will be requested for deployment in the sensitive areas after the identification by the provinces. He informed that the process will start from Peshawar and Mardan in Khyber Pakhtunkhwa (KP), Lahore, Faisalabad, Dera Ghazi Khan and Sargodha in Punjab.

He told that the federal capital will be completed in the first phase alone.

Asif Bajwa said that the census will be held in Azad Kashmir, FATA and the remaining areas in the second phase. He added that the training process was going to be started for the census.

The distribution of equipment for census is underway. The concerned raised by the provinces over the forms have been addressed and the forms from 2008 will be used this time as well, said Bajwa.