President assures no province will be deprived of benefits in CPEC 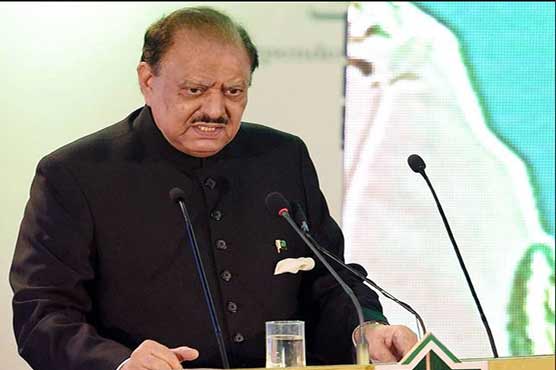 Balochistan will not be ignored in CPEC and business activities are growing, says president Mamnoon

QUETTA (Dunya News) – While talking to a gathering in provincial capital of Balochistan on Tuesday, President of Pakistan Mamnoon Hussain assured that Balochistan will not be ignored in China Pakistan Economic Corridor (CPEC), reported Dunya News.

“Peace process has strengthened in Balochistan while business activities are growing”, he said.

While addressing, he stated, “No province including Balochistan will be deprived of the benefits from CPEC.”

The president suggested that CPEC will be a game-changing project for the country. He said that the state-level problems will be solved and the country is moving towards a steady path.

President Mamnoon told that misguided people in Balochistan are returning to us.

He revealed that many countries are planning to join CPEC and there is no doubt that the future of Balochistan is bright.

No province to be left out from CPEC benefits: President