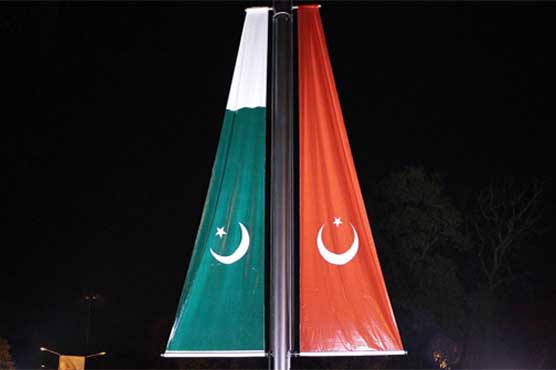 Turkey declared a day of national mourning on Sunday.

ISLAMABAD (Dunya News) - Prime Minister Nawaz Sharif has strongly condemned terrorist attack in Istanbul, Turkey today and expressed deep grief and sorrow over the loss of precious lives of civilians and police during the attack.

The Prime Minister prayed for eternal peace of the departed souls and for swift recovery of those injured during the terrorist attack.

He said terrorism is a common threat and must be fought with collective efforts; Pakistan condemns terrorism in all its forms and manifestations.

"The government and people of Pakistan express complete solidarity with Turkey in its fight against terrorism and reaffirm the belief that those seeking to disturb Turkey’s peace, stability and internal harmony would never succeed. We have no doubt that the brotherly people of Turkey would decisively defeat the scourge of terrorism with their unshakable resolve and continue on the path of peace, security and prosperity," the government stated in a press release.

Turkey declared a day of national mourning on Sunday after twin bombings targeting police struck the heart of Istanbul near the home stadium of football giants Besiktas, killing 38 people and injuring 166.

A car bomb detonated outside the Vodafone Arena football stadium on the shores of the Bosphorus after the Super Lig match between Besiktas and Bursaspor while less than a minute later a suicide attacker struck a nearby park.