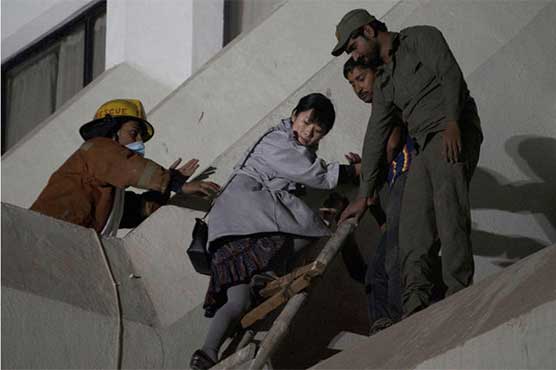 Fire broke out at a hotel in Shahra-e-Faisal Karachi. 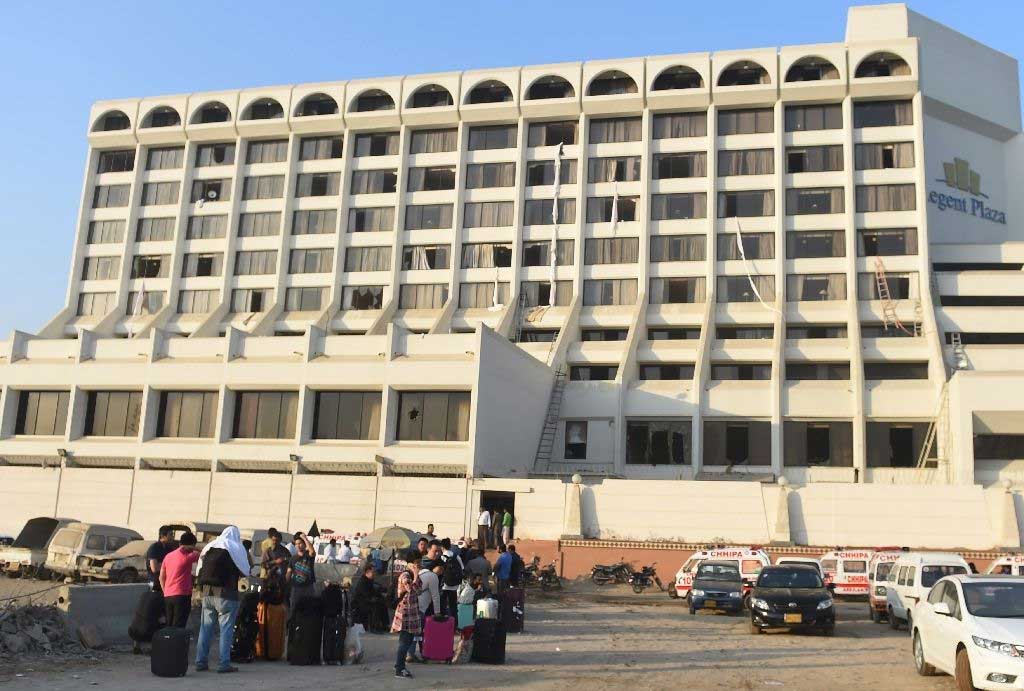 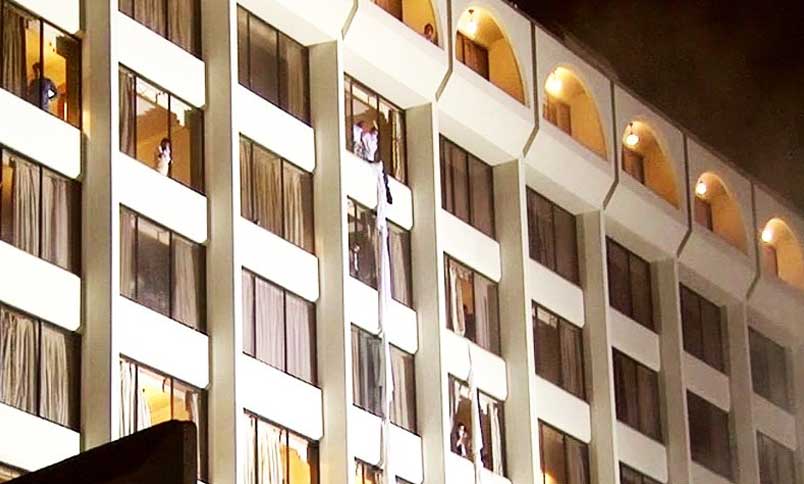 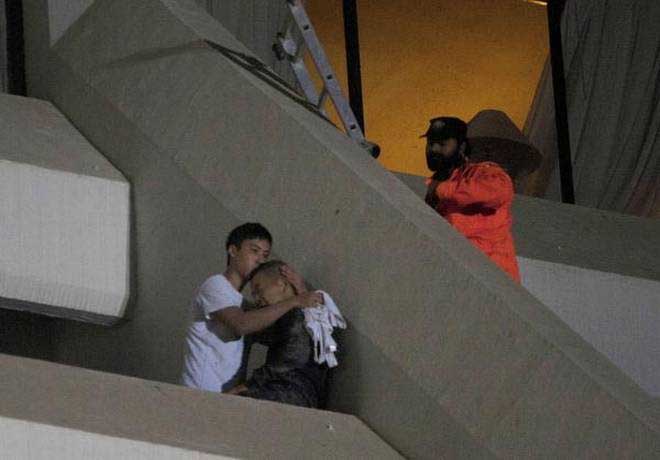 TV footage of the incident showed guests at the hotel using bedsheets to climb down from windows. 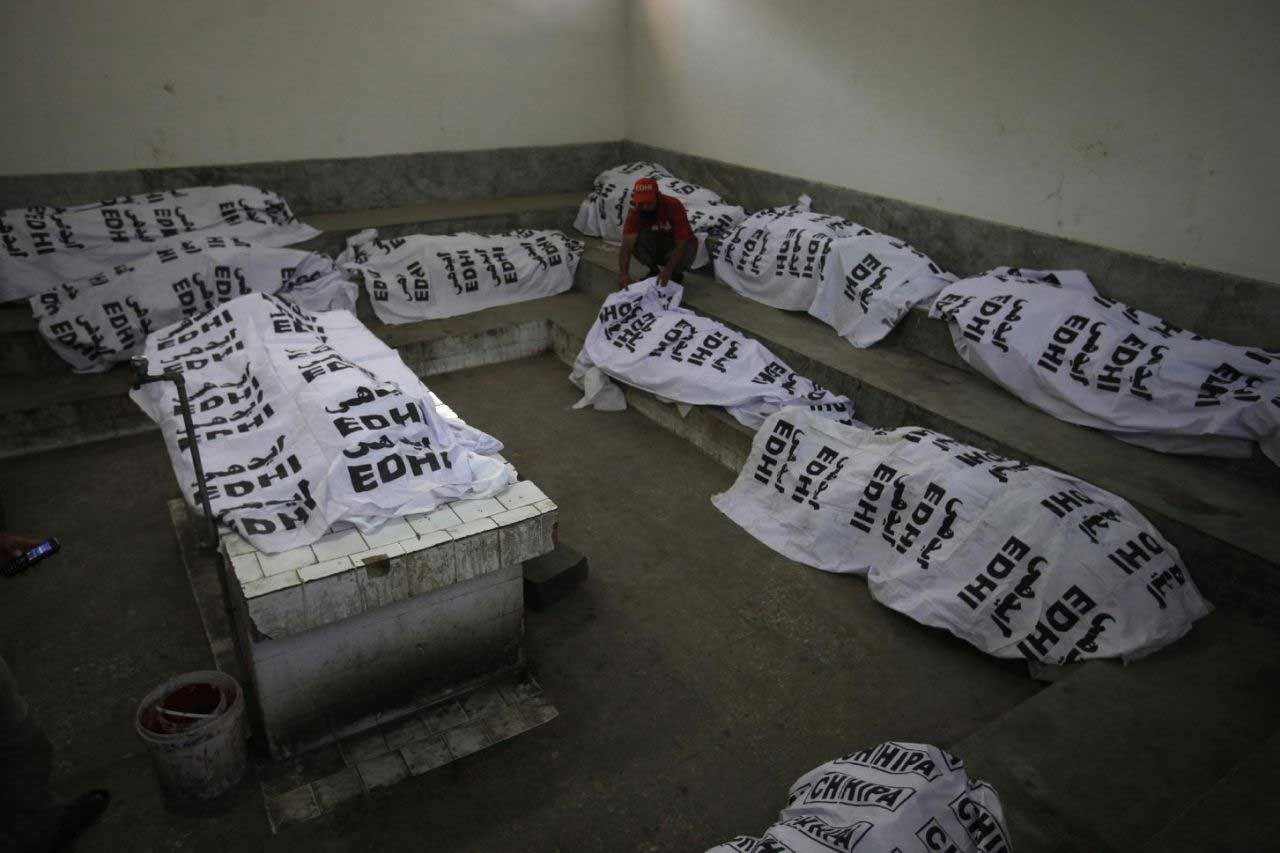 Bodies of the victims were shifted to morgue (AP Photo)

Pakistan cricketer Sohaib Maqsood was present in the hotel at the time of the incident. Another cricketer Yasin Murtaza jumped from the second floor to the ground and fractured his ankle. Karamat Ali was injured by broken glass.They were in Karachi to participate in the Quaid-e-Azam trophy event.

Mayor of Karachi Waseem Akhtar visited the site of the incident and while talking to media, he said the fire has been controlled but the cause of the fire could not be determined as of yet. He said rescue work was hampered due to absence of an emergency exit and spread of heavy smoke.